Organizing the World Christina Cheadle ’16 is a community and events manager for KonMari Media Inc., the company founded by tidying expert and Netflix star Marie Kondo. 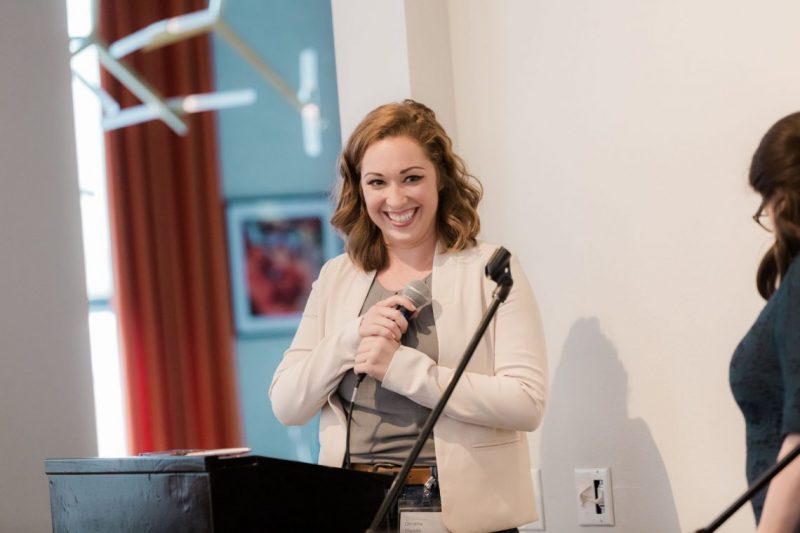 You might say that Christina Cheadle ’16 is in charge of organizing the organizers. Cheadle is community and events manager for KonMari Media Inc., the company founded by tidying expert and Netflix star Marie Kondo with a mission is to “organize the world.” Her role is to coordinate events for an international team of consultants who are trained in the KonMari method of helping clients identify items in their homes that bring them joy and let go of those that don’t.

It’s the perfect job for Cheadle. It’s part time, so she is able to pursue a doctorate in anthropology at University College London. And it fits into her research on why it’s hard for people to let go of their stuff.

“I’ve steered clear of the hoarder topic because I didn’t want to fight that label that suggests a mental illness,” she explained. “I want to study the average person and learn about why we keep the things we do.”

From her base in London, Cheadle makes introductory calls and arranges workshops and networking events for some 240 certified consultants around the world. She plans an annual retreat for consultants and two or three large seminars a year for people interested in becoming consultants. She also produces monthly webinars to help them stay connected and foster a better sense of community. “It means a lot to them to see a member of KonMari Media and know they are supported,” she said.

Interest has skyrocketed since the premiere of the Netflix series “Tidying Up with Marie Kondo.” She already has 100 people signed up for the next seminar in New York, and there are 500 on the waiting list. Although she was not directly involved with the series, Cheadle did help organize consultants who worked with six of the eight families on the show.

Cheadle readily admits that she would not be a good consultant herself. “You need patience. People go on and on about their stuff,” she laughed.

“It is ironic that two random things I did at W&L led me to this amazing job,” she marveled.