Painting with Words After a successful career in big law, Michael Cohen ’90L returns to his passions of poetry and painting. 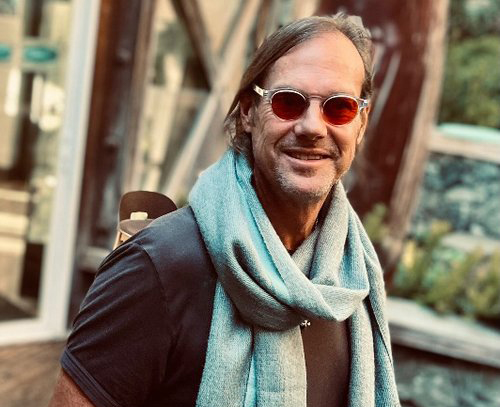 Through more than three decades of practicing law, Michael Cohen ’90L had kept his expressive side mostly hidden. That changed last December when he published Lyrics, a volume of his poetry and painting.

“My expressive side would not have been accepted in the ‘big law’ world,” said Cohen. “It’s perfectly accepted by clients; it’s not accepted by big law. Nobody thinks you’re going to be a hard core professional if you have an expressive life.”

Cohen has always pursued eclectic interests. That was especially evident during his undergraduate days at Virginia Tech where he majored in mathematics and art while also completing minors in philosophy, history and art history.

“But what I really was, was a writer,” he said. “Words to me were like paint. They mattered. They came from the heart, not just the head. Word choice mattered, not just as a form of communication, but a form of expression.”

Law school would enhance his belief in the power of words. He couldn’t wait for homework assignments, he said, because he loved reading cases.

Cohen still remembers his first day in torts when Professor Brian Murchison told the famous story of two men whose dogs got into a fight and, while trying to break up the fight, Mr. Kendall accidentally hit Mr. Brown in the eye with a stick. Mr. Brown sued Mr. Kendall, and Brown v. Kendall became a precedent-setting case in U.S. tort law.

“There is a story in law, and all of that is expressed in words,” Cohen said. “My passion for language as a tool was intensified during my law school years.”

When he arrived in Lexington, Cohen planned to become a federal prosecutor or a criminal defense attorney since everything he knew about the law came from Perry Mason. He was surprised to discover most of his classmates weren’t in law school to become Perry Mason, but he retained that enthusiasm for criminal law, studying with Professors Roger Groot, Lewis H. (Lash) Larue, Joan Shaughnessy and Brian Murchison. “They were my mentors,” he said, “and I knew I was headed into criminal practice.”

After graduating, he joined Howrey & Simon, an antitrust firm, but was quickly appointed as assistant special prosecutor investigating and prosecuting organized crime’s infiltration of financial institutions in connection with the credit union crisis. Once that assignment ended in 1993, he returned to Howrey and, in 1997, became the firm’s youngest ever partner.

From Howrey, he moved to San Francisco-based Heller Ehrman, where he helped form and co-develop that firm’s government competition practice in Washington. Five years later Heller Ehrman became a casualty of the financial crisis, and Cohen founded, formed and chaired the Antitrust & Competition Practice for Paul Hastings, which grew to a $50 million practice with 12 partners across three continents.

As he moved through his career, Cohen’s field underwent a significant shift. Antitrust practice had once been focused in Washington, but he was representing private multinational companies conducting business throughout the world and required to follow rules that were different by geopolitical region.

“I lived the transformation,” said Cohen, who was now advising multinationals on how to do business and compete around the world. His expertise led him to serve on the University of Toyko faculty in 2010 to teach the International Competition Law curriculum to students from Beijing University, Seoul University and the University of Tokyo.

“We’ve really not been teaching international competition at all in America,” said Cohen, who has taught an International Law Practicum at W&L in recent years. “We’re still looking at this area as though it’s all antitrust law for America. But it’s perhaps the most encountered field of international law in any business’s experience because it’s an everyday thing.”

By 2015, Cohen began contemplating an escape from the world of “big law.” A native of California, he initially planned to move back to the Monterey Peninsula where he’d grown up and open his own practice. Instead, he joined Sheppard Mullin, a general practice firm with a California presence and with a culture that fit him. He’s been among Sheppard Mullin’s top five originating partners since 2018 and hosts a podcast, Nota Bene, aimed at global business executives.

In the meantime, he had begun pursuit of his twin creative passions — painting and poetry — more intentionally. He began painting again with purpose, selling artwork with some success. He also had “picked up the poetry pen differently,” filling every spare minute of his international trips composing poems — whether on a transatlantic flight or sitting on the banks of a river in Bangkok.

“For me, painting and poetry are the same thing,” Cohen said. “They’re just different media. In my paintings, I’m coloring a frame of mind or mood; in my poems, I’m painting with the words.” 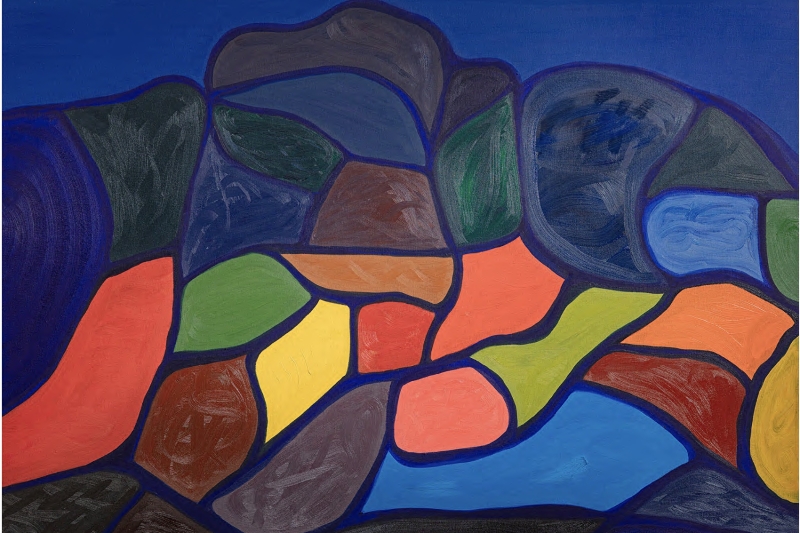 Cohen’s paintings capture his feelings through natural geometry and cityscapes, although he also does some abstract work. He paints in oil and fills very large canvases — often 6 feet in height or width —with color. That allows him to exploit a self-confessed inability to draw — a shortcoming his college art professor helped turn into a strength.

“I began using color — only primary colors — to create perspective and to overcome areas where I felt I could not sketch with precision,” he explained. “This process tended to work better on large canvases because I could make the colors more impactful. I was creating worlds from color, not from sketch.”

As for his poems, Cohen has been described as a “contemporary poet expressing the color of the world through poetry.” He said that while he follows certain basic rules of poetry, his work departs from those rules substantially.

“All my poems depict some dream or experience or mood,” he said. “I think in all respects my poetry is painting some frame of mind, whether unconscious or conscious. It is never just a description of the experience; it’s a feeling of the experience.”

When COVID hit, Cohen found himself stuck on Cape Hatteras, North Carolina, where he has a second home. He had always expected he’d collect his poems into a volume, and the pandemic seemed an auspicious moment.

“I had thought about publishing a book for some time,” said Cohen, “and I knew I wasn’t leaving this little island for a while.”

The result was Lyrics, which features 42 poems interspersed with nine images of his paintings.

The book is something of a watershed moment for Cohen as he takes a step more toward his expressive life. Although he intends to continue practicing law, it will not be at the same level as in the past while “rebalancing” to give more time for his painting and writing. 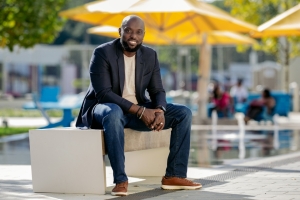 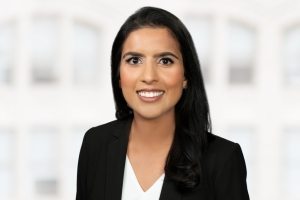 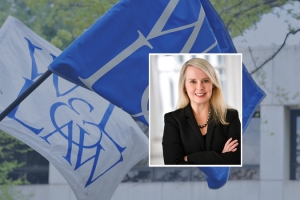