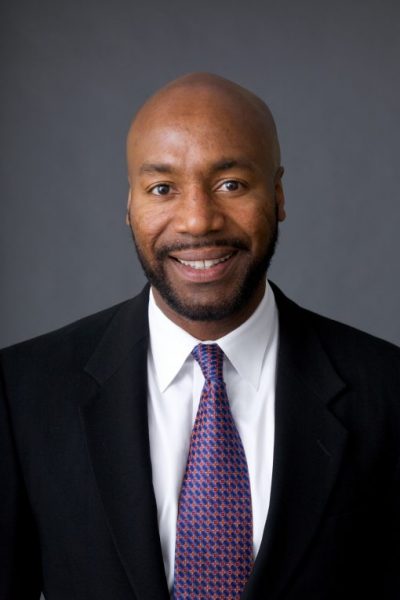 The lecture is scheduled for Wednesday, February 19 at 2:00 p.m. in the Millhiser Moot Court Room, Sydney Lewis Hall on the campus of Washington and Lee University. The event is free and open to the public.

Les Smith graduated from the law school in 1969. Last year, the Law School unveiled a new installation in Lewis Hall that celebrates Smith’s life and legacy. The display, located in the lobby outside the Millhiser Moot Court Room, tells the story of Smith’s arrival in Lexington, his many accomplishments as a student, and his all-too-short career with the U.S. Department of Justice before his tragic passing.

“In addition to recognizing the important contributions of Les Smith, this new lecture series will serve as a vehicle to celebrate the contributions of all students from underrepresented groups who have been a part of our community,” said Brant Hellwig, Dean of the School of Law.

Paul Butler is one of the nation’s most frequently consulted scholars on issues of race and criminal justice. His work has been profiled on 60 Minutes, Nightline, and the ABC, CBS and NBC Evening News. He lectures regularly for the American Bar Association and the NAACP, and at colleges, law schools, and community organizations throughout the United States.  He serves on the District of Columbia Code Revision Commission as an appointee of the D.C. City Council.

Professor Butler’s lecture, titled “Prison Abolition, and a Mule,” examines incarceration as a relatively recent development in the history of punishment.

“The first modern prison was constructed in Philadelphia in the early 1800s,” writes Butler. “The American penitentiary was intended as a reform, making the institution of punishment more humane and rehabilitative. By virtually any measure, prisons have not worked. They are sites of cruelty, dehumanization, and violence, as well as subordination by race, class, and gender. Prisons traumatize virtually all who come into contact with them. Abolition of prison could be the ultimate reform.”

In his lecture, Professor Butler will suggest what would replace prisons, how people who cause harm could be dealt with in the absence of incarceration, and why abolition would make everyone safer and our society more just.

Professor Butler’s scholarship has been published in many leading scholarly journals, including the Georgetown Law Journal, Yale Law Journal, Harvard Law Review, Stanford Law Review and the UCLA Law Review.  He was named the Professor of the Year three times by the George Washington University School of Law graduating class during his tenure as a professor there. He was elected to the American Law Institute in 2003.  Professor Butler’s book “Let’s Get Free: A Hip-Hop Theory of Justice” received the Harry Chapin Media award.

His book “Chokehold: Policing Black Men” was published in July 2017. The Washington Post named it one of the 50 best non-fiction books of 2017.  Chokehold was also named one of the best books of the year by Kirkus Reviews and the Atlanta Journal Constitution.  The New York Times described Chokehold as the best book on criminal justice reform since The New Jim Crow.  It was a finalist for the 2018 NAACP Image Award for best non-fiction.

Professor Butler served as a federal prosecutor with the U.S. Department of Justice, where his specialty was public corruption.  His prosecutions included a United States Senator, three FBI agents, and several other law enforcement officials.