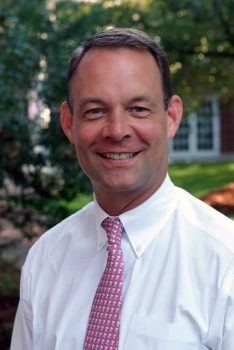 Paul Youngman, the Harry E. and Mary Jayne W. Redenbaugh Professor of German at Washington and Lee University, has been named associate provost of the university, beginning July 1. He succeeds Marcia France, who has held that post since 2017 and has been named the inaugural dean of undergraduate studies at Duke Kunshan University, in Kunshan, Jiangsu Province, China.

As associate provost, Youngman will lead a number of university-wide initiatives, including student summer opportunities and the Summer Research Scholars program. He will co-chair, along with Human Resources Director Mary Main, the University Committee on Inclusiveness and Campus Climate (UCICC), which is the university’s principal committee on diversity and inclusiveness. He will support faculty development and take a leading role in curricular reform, student projects and faculty initiatives.

The appointment was announced June 1 by W&L Provost Marc Conner.

“I’m honored and humbled that Marc Conner asked me to succeed Marcia France,” said Youngman. “My colleagues and I will miss her wisdom and energy, which she shares so generously. I’m not sure I can fill her shoes, but I’ll try.”

“I am particularly looking forward to working with UCICC,” Youngman continued. “Given our institutional history and our recent success in attracting a more diverse student body, it is one of the most important committees at W&L. I’m also excited about supporting faculty through programs like the Fall and Winter Academies, because I’ve developed a strong interest in faculty development and mentoring during my time here.”

Youngman serves as the head of W&L’s Department of German, Arabic and Russian, is the founding chair of the Digital Humanities Working Group, and former chair of the International Education Committee. He came to W&L in 2012, having taught previously at the University of North Carolina- Charlotte. He holds a B.A. in business administration from W&L, and an M.A. and Ph.D. in German literature from the University of North Carolina-Chapel Hill.

His research focuses on the German cultural reception of various technologies. He is the author of two books, “Black Devil and Iron Angel” (Catholic University Press, 2005) and “We are the Machine” (Camden House, 2009), and has spoken and published widely on nanoscience and technology. His most recent book publication, “Complexity and the Human Experience” (Pan Stanford, 2014), is an edited volume featuring computer modeling applications in the humanities and social sciences.

He is a veteran of the U.S. Army and a recipient of the Bronze Star with “V” device.

“I’m very excited to have the opportunity to work closely with Paul,” said Conner. “He brings impressive experience to this position. He’s been a highly effective department chair, he’s been the driving force behind the successful Digital Humanities initiative, and he has chaired major university-wide committees. The role of associate provost demands the ability to lead projects, to work across all the academic units, and to collaborate with many areas of the university. Paul excels in these areas, and he will be a great addition to the provost’s office.” 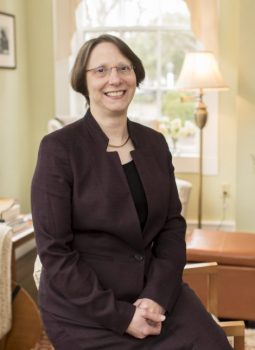 France began her career at W&L in 1994. She holds an S.B. in chemistry from the Massachusetts Institute of Technology, an M.S. in chemistry from Yale University, and a Ph.D. in chemistry from the California Institute of Technology. She served as associate dean of the College from 2012 to 2017. She helped develop and has served as co-director of W&L’s partnership with the University of St. Andrews, in Scotland, which provides a study-abroad opportunity for W&L students studying science and preparing to enter a health profession. She also created and teaches the Science of Cooking course, in Italy.

Duke Kunshan University is a Sino-American partnership of Duke University and Wuhan University, offering a range of academic programs for students from China and throughout the world. A non-profit, joint-venture institution, it opened in August 2014 and initially offered master degree programs and an undergraduate global learning semester. It will welcome its inaugural class for its undergraduate degree program in August 2018.

“I am honored to be invited to serve as the inaugural dean of undergraduate studies at Duke Kunshan University,” said France. “It is amazing to have the opportunity to build a new undergraduate liberal arts program in China. The dedication and energy of the students, faculty and staff I met during my visit was truly inspiring. I very much look forward to joining this global community and playing a key role in implementing the innovative, interdisciplinary curriculum DKU is about to launch.

“At the same time, I am sad to be leaving my Washington and Lee family,” France continued. “I have learned so much from working with such a talented community of students and colleagues. It is an exciting time for W&L. I am proud to have played a role in supporting many of the initiatives that are part of the new strategic plan, including a commitment to diversity initiatives, the future of STEM education, and the creation of the Center for Academic Resources and Pedagogical Excellence (CARPE). I look forward to seeing how these develop in the years to come.”

“I can’t say enough about the superb work Marcia has done in the role of associate provost this past year,” said Conner. “She has taken on every project we’ve asked of her, and she does everything with intelligence, dedication and pride. Her work as co-chair of UCICC has been especially successful. She has been an effective leader and a wonderful collaborator. Personally, I’m going to miss working with her very much. But her new position offers an array of fresh challenges, and I know she’s more than equal to the task. I wish her nothing but good fortune, and DKU is getting a terrific new dean in Marcia France.”