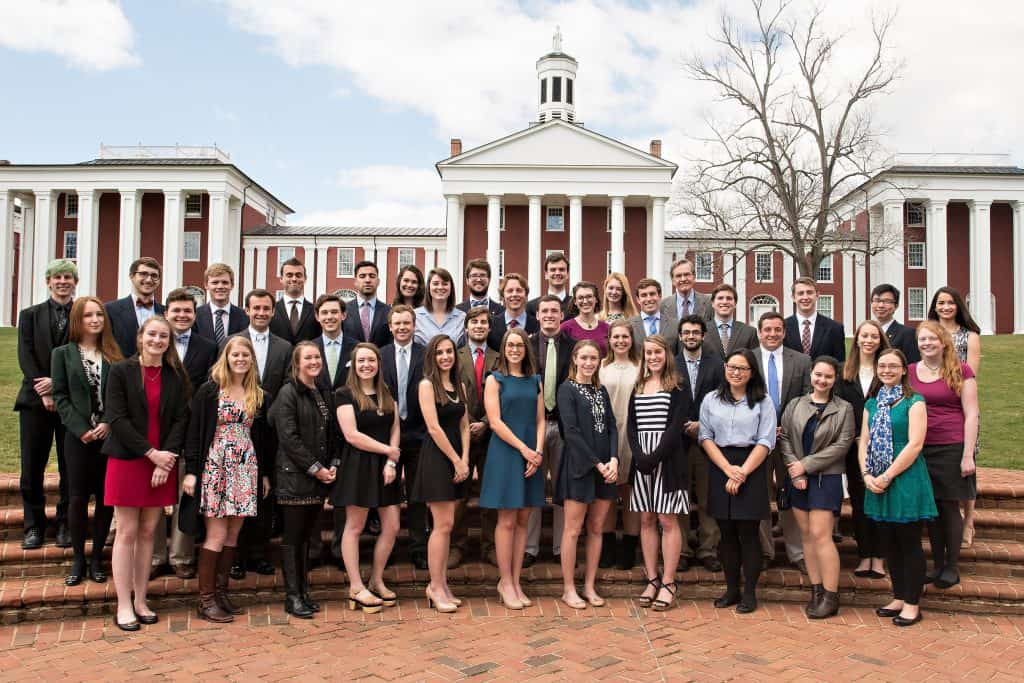 The Phi Beta Kappa chapter at Washington and Lee University welcomed 49 members of the junior and senior classes and seven graduates from the Class of 2016 into the prestigious honor society at the Phi Beta Kappa/Society of the Cincinnati Convocation on Sunday, March 19. All of the inductees were accepted into Phi Beta Kappa based on their exceptional academic achievements.

William M. (Bill) Tsutsui, president and professor of history at Hendrix College, gave the convocation address, “The Liberal Arts in an Age of Extremes.”

The chapter inducted as an honorary member Roger Jeans, Elizabeth Lewis Otey Professor of History Emeritus at W&L, in recognition of his longstanding commitment to scholarship and publication.

This year’s initiates are: