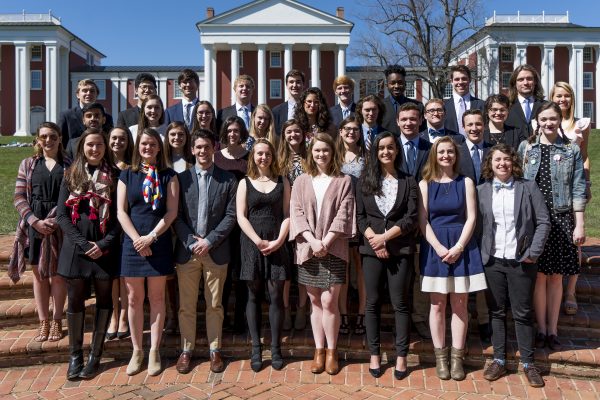 The Phi Beta Kappa chapter at Washington and Lee University welcomed 41 members of the junior and senior classes and two graduates from the Class of 2017 into the prestigious honor society at the Phi Beta Kappa/Society of the Cincinnati Convocation on Sunday, March 18. All of the inductees were accepted into Phi Beta Kappa based on their exceptional academic achievements.

Stephen Murphy-Shigematsu, professor at Stanford University School of Medicine, Program in Health and Human Performance, gave the convocation address, “A Heartful Way of Living with Mindfulness, Compassion and Responsibility.”

The chapter gave Stevan A. Kriss the Phi Beta Kappa J. Brown Goehring Sophomore Award, which goes to the student with the highest cumulative scholastic average through the end of the fall term of his or her sophomore year. The award honors J. Brown Goehring, a retired W&L professor of chemistry who, during his 38-year career at W&L, spent 22 years as secretary/treasurer of the University’s Phi Beta Kappa chapter.

This year’s initiates are: