Playwright Paula Vogel is the Third Speaker in W&L’s Ethics of Identity Series Vogel's talk, which is free and open to the public, is titled “The Art of Tolerance.” 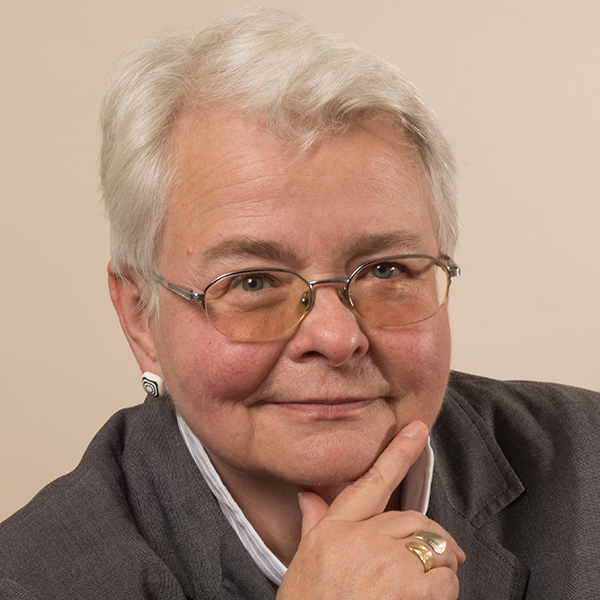 Playwright Paula Vogel is the third speaker in the 2017-18 Ethics of Identity series, sponsored by the Roger Mudd Center for Ethics at Washington and Lee University. Her public lecture is Oct. 30 at 5 p.m. in Stackhouse Theater on the W&L campus.

Vogel’s talk, which is free and open to the public, is titled “The Art of Tolerance.”

“Paula Vogel is without a doubt one of today’s leading American playwrights. Her works explore the search for truth and human rights,” said Brian Murchinson, Charles S. Rowe Professor of Law and director of the Mudd Center for Ethics. “She will add an important dimension to the Mudd Center’s series on identity. On top of that, she is known as an extraordinary teacher, and I am particularly excited that she will spend quality time in the classroom with students during her visit to W&L.”

Her most recent project is “Indecent,” a play commissioned by Oregon Shakespeare Festival’s American Revolutions and Yale Repertory Theatre. “Indecent” was developed at the Sundance Theatre Lab in 2013 and has been produced at Yale Repertory Theatre and La Jolla Playhouse in 2015. It previewed at the Vineyard Theatre in May 2016 and ran on Broadway at the Cort Theatre in 2017.

Vogel’s other plays include the “Long Christmas Ride Home,” “The Mineola Twins,” “The Baltimore Waltz,” “Hot’n’throbbing,” “Desdemona,” “And Baby Makes Seven,” “The Oldest Profession” and “A Civil War Christmas.” In 2004-2005 she was a playwright in residence at The Signature Theatre. Theatre Communications Group has also published four books of her work, and Vogel continues her “boot camps,” playwriting intensives, with community organizations, theatre companies, subscribers and writers across the globe.

Vogel has received multiple awards, including the American Theatre Hall of Fame, New York Drama Critics Lifetime Achievement, Obies Lifetime Achievement, the Lily’s and the 2015 Thornton Wilder. She also has three awards dedicated to emerging playwrights in her name: The American College Theatre Festival, the Paula Vogel Award given annually by the Vineyard Theatre and the recent Paula Vogel mentor’s award by Young Playwrights of Philadelphia.

From 1984 to 2008, Vogel founded and ran the playwriting program at Brown University; during that time, she started a theatre workshop for women in maximum security at the Adults Correction Institute in Cranston, Rhode Island. It continues to this day, sponsored by the Pembroke Center for Women at Brown University.

For full details on this series, visit wlu.edu/mudd-center.