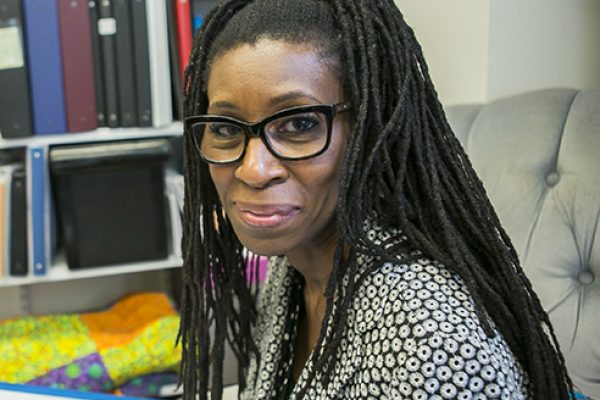 Prize-winning poet, Cornell professor and W&L alumna Lyrae Van Clief-Stefanon ’96 will read from her most recent work and other poetry selections at 4:30 p.m. on May 9 in Northen Auditorium. Books will be for sale. This reading is sponsored by the Glasgow Endowment and is free and open to the public.

Van Clief-Stefanon is an associate professor of English at Cornell University, where she teaches creative writing/poetry, African-American literature and Southern literature, among other topics.

She is the author of “Open Interval,” a 2009 National Book Award finalist, and “Black Swan,” winner of the 2001 Cave Canem Poetry Prize, as well as “Poems in Conversation and a Conversation,” a chapbook in collaboration with Elizabeth Alexander.

Her work has appeared in such journals as African American Review, Callaloo, Crab Orchard Review, Gulf Coast and Shenandoah, and in the anthologies “Bum Rush the Page,” “Role Call,” “Common Wealth,” “Gathering Ground” and “The Ringing Ear: Black Poets Lean South.” She is at work on a third collection, “The Coal Tar Colors.”