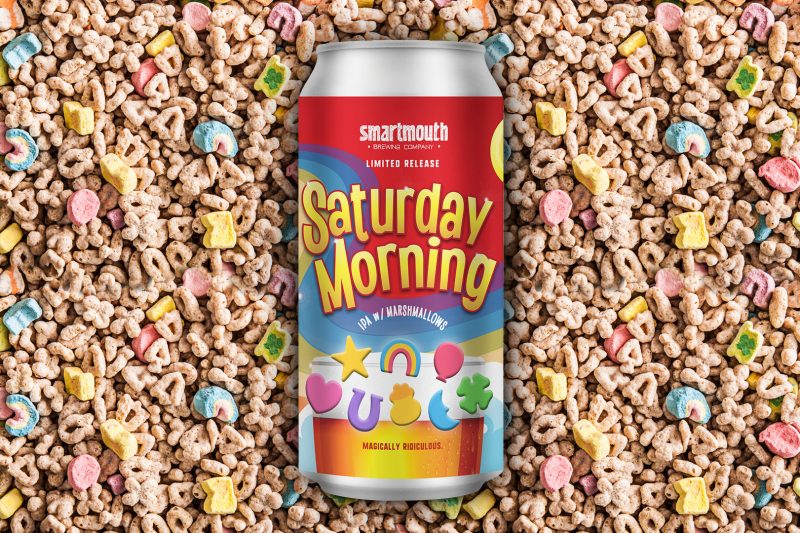 Washington and Lee School of Law alumnus Porter Hardy ’04L was an avid home brewer who spent five years planning before launching Smartmouth Brewing in 2012. Originally serving the craft beer scene of Hampton Roads, Smartmouth has grown steadily and now distributes throughout the state of Virginia.

However, nothing could have prepared Hardy and head brewer Jimmy Loughran for the national attention they received prior to the launch of “Saturday Morning,” their limited-release, marshmallow-flavored IPA. Thanks in part to the design of the beer’s can and its evocative tagline, “Magically Ridiculous,” beer fanatics immediately linked the brew to the famous breakfast cereal Lucky Charms.

People magazine, Fox News and USA Today were among the national outlets to feature the beer, and  hundreds of beer enthusiasts from across the nation traveled to the brewery for the release on March 2. Thanks to the publicity, the small batch of beer, which Hardy says doesn’t actually taste anything like Lucky Charms, quickly ran out.

Beer fans weren’t the only ones paying attention. The news also drew the interest of General Mills, the company that makes Lucky Charms. Hardy told the Virginia Pilot that Smartmouth hadn’t bothered talking to General Mills beforehand because they thought the beer would be a local novelty. Despite some intellectual property concerns, General Mills allowed the initial run of the beer to be released. However, they asked Smartmouth to rework the beer can design and promotional materials before future releases, which Hardy says they are considering.

You can check out Smartmouth’s other beers at the company’s website.