Portrait of a Doctor Dr. George J. Dover '68 was recognized by Johns Hopkins University for his contributions to the field of sickle-cell disease 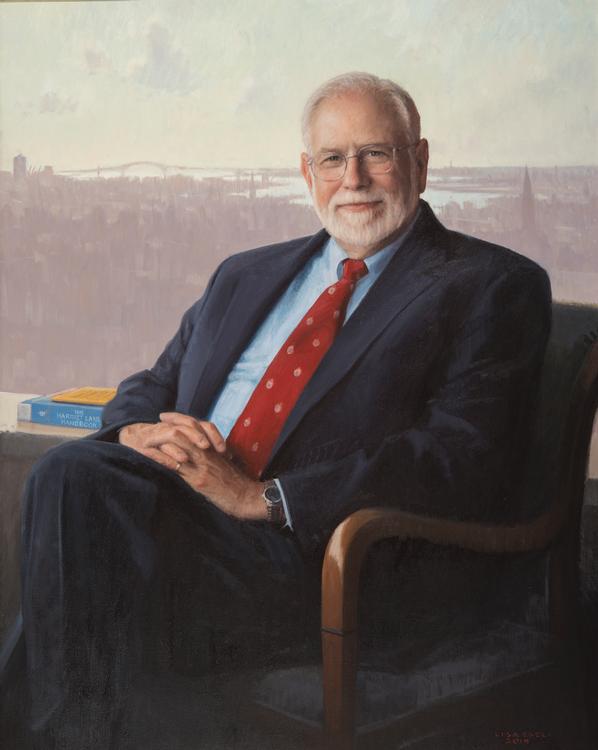 A portrait of Dr. George J. Dover, who graduated from Washington and Lee University in 1968, joined a gallery of 300 individuals associated with The Johns Hopkins Hospital and the Johns Hopkins University schools of Medicine, Nursing, and Public Health. Painted by Lisa Egeli, George’s likeness was unveiled during the 2017 Biennial Meeting and Reunion Weekend, where he was recognized as an influential member of the Johns Hopkins Medicine family.

George, a University Distinguished Service Professor in the Department of Pediatrics at the Johns Hopkins University School of Medicine, is a world-renowned expert in the biology and treatment of sickle-cell disease (SCD). His research helped define the genetics of fetal hemoglobin production in normal and SCD individuals.

After graduating from W&L, he earned his medical degree from Louisiana State University and completed an internship and residency in pediatrics at The Johns Hopkins Hospital, as well as a fellowship in pediatric hematology/oncology, before joining the Johns Hopkins faculty.

During his two-decade tenure, he recruited new academic division directors for all of the specialty divisions, raised departmental National Institutes of Health (NIH) funding from $6 million to $30 million, and expanded the reach of Johns Hopkins pediatrics to Johns Hopkins Bayview Medical Center and to Johns Hopkins All Children’s Hospital, in St. Petersburg, Florida. He also oversaw a $125 million capital campaign to raise funds for the Charlotte R. Bloomberg Children’s Center building, which opened in 2012.

The author of over 100 peer-reviewed publications, as well as author or co-author of more than 26 book chapters in the fields of pediatric hematology and genetics, George has been a consultant on numerous NIH grants and is active in federal government advisory committees. He was the chairman of the National Heart, Lung and Blood Institute (NHLBI) hematology study section and of the Data and Safety Monitoring Board for the NIH Comprehensive Sickle Cell Centers. He also served as a board member of the Cooley’s Anemia Foundation. He received the George J. Stuart Award for Outstanding Clinical Teaching, given by the senior medical students at Johns Hopkins; the Alexander Schaffer Award for Outstanding Teaching of the Harriet Lane Pediatric Residents; and the MERIT Research Award from the NHLBI.