Najeeb Shafiq, an associate professor of education, economics and international affairs at the University of Pittsburgh, will lecture at Washington and Lee University as part of the Winter 2016 Global Fellows Seminar: Tradition and Change in the Middle East and South Asia. His talk will be Jan. 20, 2016, at 5 p.m. in Hillel 101.

Shafiq’s talk is sponsored by the Center for International Education with the support of the Christian A. Johnson Endeavor Foundation.

He will speak on “Is Education a Panacea? Evidence from the Middle East, North Africa and South Asia.” The talk is free and open to the public.

Shafiq, who was a visiting assistant professor of economics at W&L in 2006–07, will focus on what can be done to reduce public support for terrorism, authoritarianism, war and corruption in the Middle East, North Africa and South Asia. He says that “several politicians, social scientists and Nobel laureates believe that education is a panacea.”

He will examine the link between educational attainment and support for suicide bombing, democracy, war and corruption using empirical methods and data. He will finally show his results and what they suggest.

The latest publications he has authored or co-authored include “Aspects of Moral Change in India” (2015), in “World Development;” “Educational Vouchers and Social Cohesion: A Statistical Analysis of Student Civic Attitudes in Sweden” (2014), in “American Journal of Education;” and “Are Student Protests in Arab States Caused by Economic and Political Grievances? Empirical Evidence from the 2006–07 Arab Barometer” (2014), in “Peabody Journal of Education.” 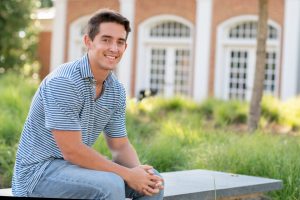