Pulitzer Prize-Winning Playwright Suzan-Lori Parks to Speak Parks is the eighth speaker in the 2017–18 Equality and Difference series, sponsored by the W&L's Mudd Center for Ethics. 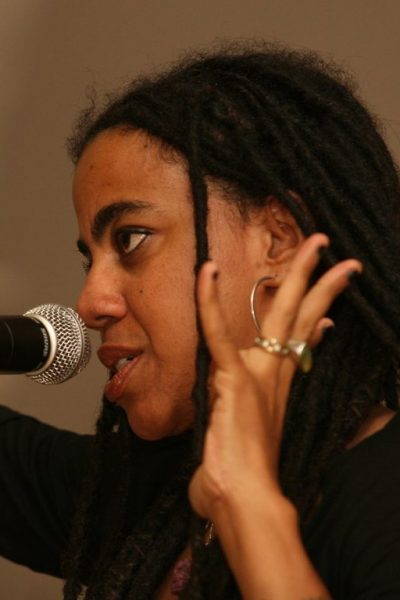 Pulitzer Prize-winning playwright Suzan-Lori Parks is the eighth speaker in the 2017–18 Equality and Difference series, sponsored by the Roger Mudd Center for Ethics at Washington and Lee University. This event will be on Feb. 8 at 5:30 p.m. in Stackhouse Theatre, Elrod Commons.

The title of Parks’ talk, which is free and open to the public, is “One Million Suggestions.”

Named one of TIME Magazine’s “100 Innovators for the Next New Wave,” Parks is one of the most acclaimed playwrights in American drama today. She is the first African-American woman to receive the Pulitzer Prize in Drama for the Broadway hit “Topdog/Underdog” and is a MacArthur Fellow.

Parks has taught at the California Institute of the Arts and Yale School of Drama and holds honorary doctorates from Brown University, among others. She credits her writing teacher and mentor, James Baldwin, for starting her on the path of playwriting. One of the first to recognize Parks’ writing skills, Baldwin declared her “an astonishing and beautiful creature who may become one of the most valuable artists of our time.”

Parks has been awarded grants by the National Endowment for the Arts, the Rockefeller Foundation, the Ford Foundation and numerous others. In 2000 and again in 2017 Parks was awarded the PEN/Laura Pels Award for Theater.

Parks’ project “365Days/365Plays” was produced in over 700 theaters worldwide, creating one of the largest grassroots collaborations in theater history. Some of her more well-known plays include “Topdog/Underdog,” “The Book of Grace,” “In the Blood” (2000 Pulitzer Prize finalist) and “Venus” (1996 OBIE Award).  She’s written screenplays for Brad Pitt, Denzel Washington and Spike Lee, and adapted Zora Neale Hurston’s classic novel “Their Eyes Were Watching God,” which premiered on ABC’s Oprah Winfrey Presents. Currently, Parks is adapting Richard Wright’s “Native Son” for film.