Quick Hit: Critters of Campus W&L is home to an abundance of wildlife, including deer, birds, squirrels and the occasional black bear. When students are away, they come out to play.

Students, faculty and staff are not the only ones who feel at home on the Washington and Lee University campus. On any given day — especially during breaks, when human foot traffic is light — all kinds of wildlife can be spotted at W&L, including plenty of deer, squirrels, birds and the occasional black bear.

Front campus is home to a colony of feral cats that are cared for by members of the university community, and back campus is where Geology Professor David Harbor has reported spotting some uncommon bird species, including scarlet tanagers, indigo buntings and Baltimore orioles.

While students were safe at home this spring and summer, Digital Media Associate Shelby Mack captured video of local fauna taking advantage of the nearly empty campus. Now that the pace in Lexington has slowed down again for the winter holidays, it may seem like not a creature is stirring, but that isn’t the case. So while you’re nestled all snug in your bed, enjoy visions of W&L deer dancing in your head. 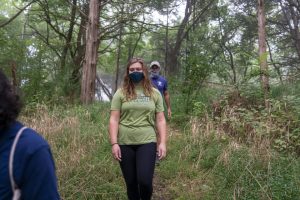 Back-Campus Trails Better Than Ever 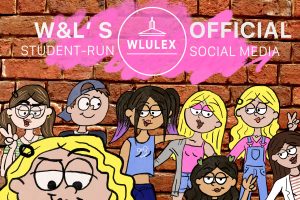 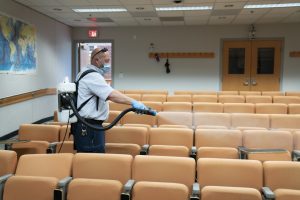 Prepping for a Safe Return