The Reeves Museum of Ceramics contains one of the largest collections of Chinese export porcelain in the country. However, most of these pieces were made for the European and American markets between about 1600 and 1900. They represent only part of the vast quantity of ceramics made in China that were exported all over the globe.

Known as “qingciqi” in China and “celadon” in Europe and the Americas, green-glazed stoneware has a dense, fine-grained, pale grey body covered in a rich green glaze formed from porcelain stone, ash and lime. The cool green color comes from small amounts of iron fired in a reduction, or an oxygen-starved, environment. Green-glazed stoneware has been made since about 1500 B.C.E. and was especially prized because of its similarity to jade, one of the most precious materials in China. The European name, celadon, is thought to come from the green costume worn by Celadon, a character in “L’Astree,” a French novel published in the early 1600s.

Chinese green-glazed stonewares were made throughout China, but the Longquan kilns, in Zhejiang Province on the southern coast of China, were among the most prolific and long-lasting production sites, producing vast quantities of wares from the Song (1127-1279) through the Ming dynasties (1368-1644). Potters there produced a wide range of forms designed for different markets, from smaller bowls and cups for the Chinese domestic market to larger dishes made for export to Southeast Asia and the Middle East. Southeast Asia was an especially important market for Chinese ceramics, where they were traded for spices, aromatics, textiles, pearls and gemstones, and other exotic and precious materials.

Large dishes like the one here were not commonly used in China but were in demand in Japan, the Middle East and Southeast Asia. They were especially popular in Southeast Asia, where they were prized by wealthy elites, for whom they became valued status symbols and family heirlooms used for banquets and ritual offerings. Green-glazed stoneware dishes were also seen by some as powerful objects in and of themselves, capable of detecting or neutralizing poison.

This particular dish is decorated with a lotus flower carved into the surface. Symbolizing harmony and Buddhist enlightenment, lotus flowers were among the most popular and common motifs found in Asian art and material culture.

In addition to large dishes, small jars were also made in China specifically for the Southeast Asian market. They were used to hold sauces like fish brine, cosmetics and perfumes. They were also used to hold medicine or sacred oils and substances used by religious leaders; two Spanish priests in the Philippines commented that local people were afraid of small jars “containing magic.” They were often included as grave goods in burials of high-status individuals.

The dish was found in Indonesia by ancestors of the last Dutch owner in the 1930s, a time when Indonesia was controlled by the Dutch. The small jar was found in Sarawak on the island of Borneo, and is one of several jars collected in the late 20th century by the donors when working in Asia. During this period, many pieces of Chinese ceramics came onto the antiques market because of modernization, poverty and cultural changes that led to a lessening of the value of these objects to their Indonesian owners, who then sold them. Others were excavated from graves and other archaeological sites found because of farming, construction, and illegal looting.

These two pieces are now on display in the new accession case in the atrium of the Reeves Museum of Ceramics. 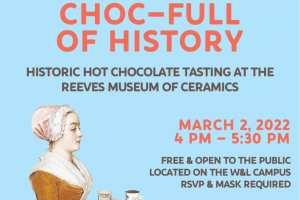 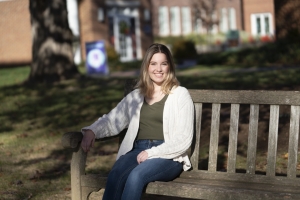