A busy fall season of intra-school moot court events concluded this week with the finals of the Mock Trial competition. In addition to two more school-based competitions, W&L Law teams will now gear up for external competitions at the regional and national level.

Results for the W&L competitions are as follows: 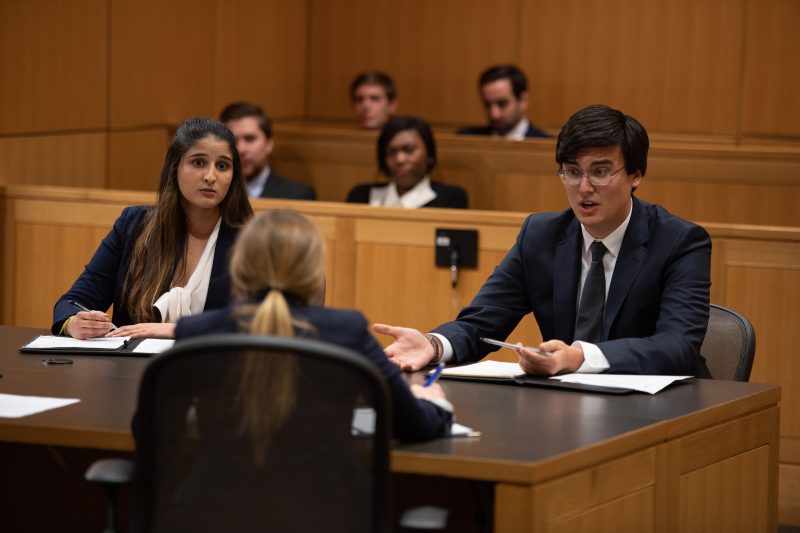 The team of Brandon Howell ’20L and Kaya Vyas ’20L won the competition. Lee Sands ’20L and Austin Scieszinski ’20L were the runners-up. Also competing in the finals were the teams of Mahalia Hall ’20L and Jessiah Hulle ’20L and Elizabeth McLellan ’20L and Grant Cokeley ’20L. 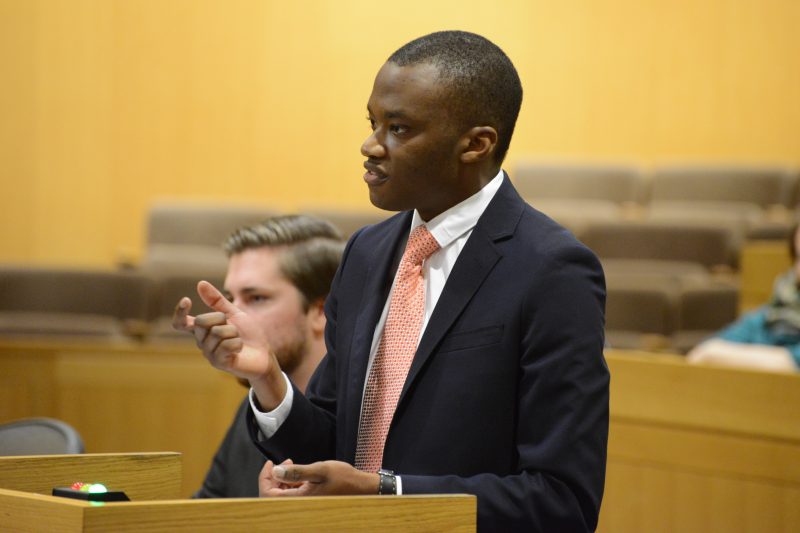 Judges for the competition were the Hon. Rossie Alston, Jr. of the Virginia Court of Appeals, the Hon. Mark Davis ’88L of the Eastern District of Virginia, and the Hon. Amit Mehta of the District Court for the District of Columbia. 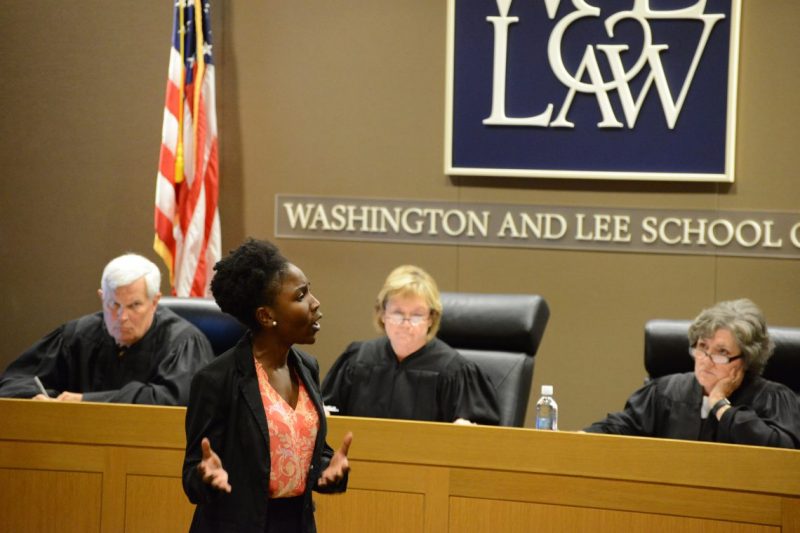