Ricardo Dominguez to Speak on Disturbance Gestures: Art Between the Lines 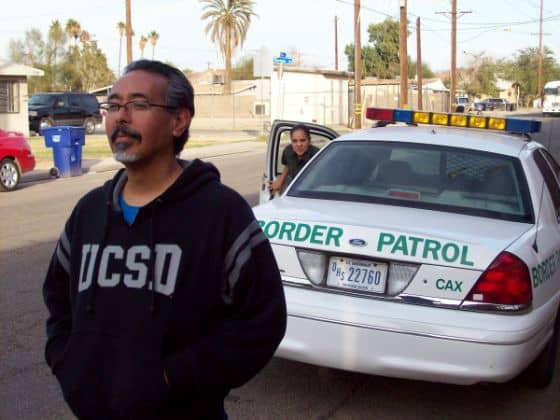 Ricardo Dominguez, American artist and associate professor of visual arts at UC San Diego, will speak at Washington and Lee University on Dec. 1 at 5:30 p.m. in the Multipurpose Room at Hillel House. The title of his talk is “Disturbance Gestures: Art Between the Lines.” It is free and open to the public.

Ricardo Dominguez is a co-founder of the Electronic Disturbance Theater (EDT), a group that developed virtual sit-in technologies in solidarity with the Zapatistas communities in Chiapas, Mexico, in 1998.

Dominguez worked with Brett Stalbaum, Micha Cardenas, Amy Sara Carroll and Elle Mehrmand to develop the Transborder Immigrant Tool (TBT), a GPS technology to help immigrants find water stations in the Southern California desert. The TBT won the Transnational Communities Award (2008), a prize funded by Cultural Contact, Endowment for Culture Mexico–US and awarded by the U.S. Embassy in Mexico. The project was the subject of controversy, as it was investigated by the U.S. Congress 2009-2010, and was reviewed by Glenn Beck in 2010 as a gesture that potentially “dissolved” the U.S. border with its poetry.

Dominguez’s talk is presented by the Center for International Education and the Andrew W. Mellon Foundation as part of the “Borders and Their Human Impact” lecture series. It is also made possible in part with support of the Latin American and Caribbean Studies Program (LACS) and the Center for Poetic Research (CPR).