Robby Aliff ’91, ‘97L Recognized for Giving Back to West Virginia 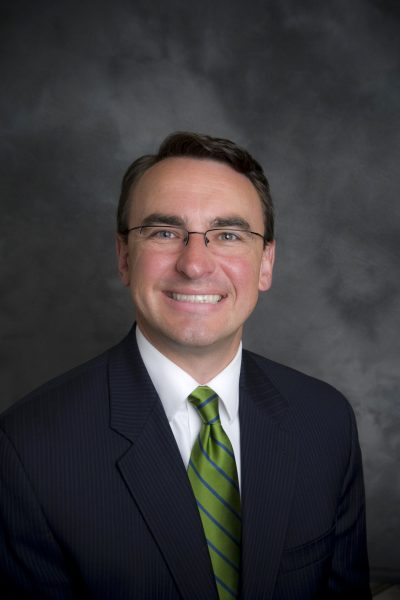 The West Virginia Bar Foundation has inducted W&L alumnus Robby Aliff as one of its Fellows. Aliff was one of 16 to be named a Fellow of the Bar Foundation and was recognized for exemplary service as an officer of the law.

Aliff is a 1991 graduate of the College, where he majored in psychology. He earned his J.D. from W&L Law in 1997. He is an attorney at the firm Jackson Kelly in Charleston, WV where he is the group leader for the Health Care and Finance Practice Group and a member of the Commercial Law Practice Group.

Outside of the law firm, Aliff spends his time volunteering for several legal and health-based organizations including the Foundation for Thomas Health System and the West Virginia Lawyer Disciplinary Board.

In an interview with the West Virginia Record, Aliff said he was honored to be named a fellow but that he doesn’t do community service for recognition.

“I feel like there’s an obligation for us to give to the community,” said Aliff. “I really do it because I’m trying to better my community and be a better person. I do believe in a good, solid legal system, and without a legal system that serves all parties, both the advantaged and the disadvantaged, we are a much weaker government, a much weaker country, and a much weaker state.”

Since its founding, the West Virginia Bar Foundation has been involved in a number of programs and organizations all focused on improving the community’s justice system. The Foundation awards grants to organizations providing services to those unable to afford legal counsel or making strides towards improving the judicial system.

“I think that since the Bar Foundation is the philanthropic arm of the Bar, I was happy to be a part of that because I feel like giving back to the community and promoting legal profession is a really important thing to do as a lawyer,” Aliff said. “And that’s one of the Bar Foundation’s primary roles; community philanthropic activities, supporting different organizations, and also providing access to justice for individuals who may not otherwise have it.”