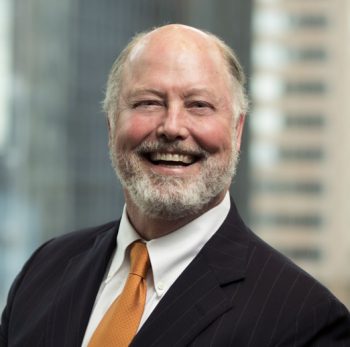 The event is scheduled for Thursday, April 6, at 5:00 p.m. in the Millhiser Moot Court Room, Sydney Lewis Hall on the campus of Washington and Lee University. The event is free and open to the public.

In addition to Powell, Couch also clerked for Judge John Minor Wisdom ’25 of the U.S. Court of Appeals for the Fifth Circuit. His law practice has focused on mortgage lenders and investors; affordable housing; regulatory matters involving HUD, Ginnie Mae, FHA and other government-sponsored enterprise matters; and governmental affairs.

Couch served as a Commissioner on the Bipartisan Policy Center’s Housing Commission until September of 2014. He previously served as General Counsel of the U.S. Department of Housing and Urban Development (HUD) from June 2007 to November 2008. In that role, he acted as the chief legal advisor to the Secretary, Deputy Secretary and other principal staff, providing advice on federal laws, regulations and policies affecting HUD programs.

Prior to his position with HUD, Couch served as President of the Government National Mortgage Association (Ginnie Mae). He also served as a member of President George W. Bush’s Task Force on the Status of Puerto Rico in 2008.