Robert Macfarlane to Give Shannon-Clark Lecture at W&L The British author will deliver the lecture, titled “The Word-Hoard: A Counter-Desecration Phrasebook for The Anthropocene.”

“Macfarlane focuses on landscape, language and human beings’ relationship to both through song, story and the words we use to name the places we care about.” 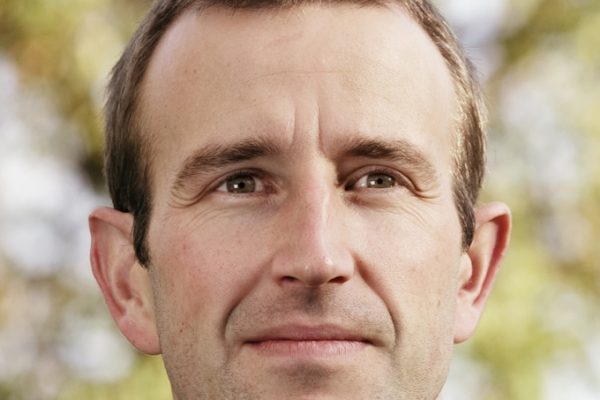 Author Robert Macfarlane will deliver the Shannon-Clark Lecture in English at Washington and Lee University on March 1 at 7 p.m. in Northen Auditorium, Leyburn Library.

The title of Macfarlane’s talk, which is free and open to the public, is “The Word-Hoard: A Counter-Desecration Phrasebook for The Anthropocene.”

Macfarlane is currently a fellow in English at Emmanuel College, Cambridge, and is the author of two well-known books about landscape and nature. “Mountains of the Mind” (2003) examines the development of attitudes towards mountains and how they fire human imaginations, and “The Wild Places” (2007) explores the remaining wild places of Britain and Ireland, and the continuing need for “wildness. ” Both books have won multiple awards, including the 2007 Boardman Tasker Prize for Mountain Literature and the 2008 Scottish Arts Council Non-Fiction Book of the Year Award.

“Macfarlane focuses on landscape, language and human beings’ relationship to both through song, story and the words we use to name the places we care about,” said Jim Warren, S. Blount Mason Jr. Professor of English. “As Macfarlane says in his book, ‘The Old Ways,’ he writes about ‘people and place: about walking as a reconnoiter inwards, and the subtle ways in which we are shaped by the landscapes through which we move.’”

In addition to his books, Macfarlane also writes travel essays, as well as articles on literature and the environment for publications including Granta, Harper’s, The Guardian and The Times Literary Supplement.

“Robert Macfarlane is one of the most important young writers in Great Britain today,” said Warren. “Not yet 42 years old, he has published four major books in the last 15 years and is finishing a fifth.”

The Shannon-Clark Lectures in English, established by a gift from a Washington and Lee alumnus who wishes to remain anonymous, honor the memories of Edgar Finley Shannon, chairman of Washington and Lee’s Department of English from 1914 until his death in 1938, and Harriet Mabel Fishburn Clark, a grandmother of the donor and a woman vitally interested in liberal education.