Roundtable with Dean Chawne Kimber The new dean of the college invites vigorous discussions about interdisciplinary solutions to 21st-century issues. 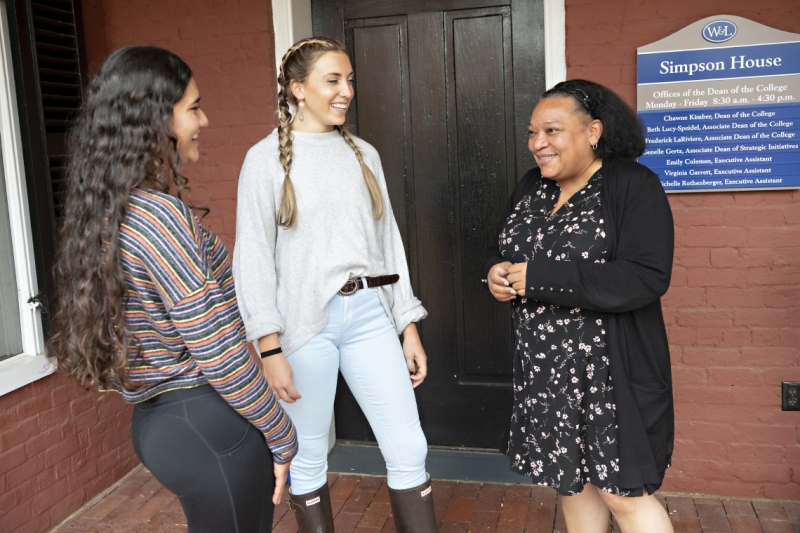 Dean Chawne Kimber defines herself first and foremost as a teacher, and she brings that mindset to her leadership style. “When I’m making decisions, I’m also educating people about how I make decisions, and I enjoy learning from them and changing my mind.”

Interdisciplinarity has marked Kimber’s academic life. As an undergraduate at the University of Florida’s honors college, she found a mentor who taught literature courses and took a class from her almost every semester, despite majoring in engineering.

When you’re an engineer,” she explained, “you’re not building things just to build them — it’s always about the people who are going to use them. Although she ultimately became a mathmematician rather than an engineer, the humanities helped her understand humanity better.

Solving the world’s biggest problems, she thinks, requires expertise from multiple fields. Growing up in Florida, she watched her father work on disaster management plans for hospitals, and she thinks of hurricane response — everything from meteorology to trauma care — as a prime example. “The problems of the future are interdisciplinary, and they require people who can think in an interdisciplinary way.”

Kimber is excited about building on the strengths of W&L’s people, whom she’s found welcoming and uniquely dedicated to the university’s goals. “In academia broadly,” she said, “faculty often think first about securing resources for themselves and their departments. Here, everyone’s tied into the mission.”

As she helps W&L move toward its strategic goals, she believes that process matters as much as product. “When you’re making big decisions, it’s important to have everyone at the table. Even if there’s a good reason to, you can’t just ban donuts without talking to the people who make the donuts, the flour sellers, the sprinkle makers. Everyone needs time to adapt and still be a valued, contributing member of the community.”

Kimber joins W&L after serving as the Thomas Roy and Lura Forrest Jones Professor of Mathematics, head of the Mathematics Department, and founding co-director of the Hanson Center for Inclusive STEM Education at Lafayette College. She succeeds Lena Hill, who became W&L’s provost on July 1.

Kimber began quilting as stress relief and became serious about it as art after quilts she created for her family from her late father’s ties showed her its emotional power. As her work took on weightier, politically charged topics, she gained national recognition. Her piece “still not,” about racial inequities in the United States, has been acquired by the Smithsonian American Art Museum and will be included in an upcoming exhibit in the Renwick Gallery in 2022.

“It’s another opportunity to teach,” she said. “To bring people in with the artwork and get them to engage with ideas that might surprise them.” 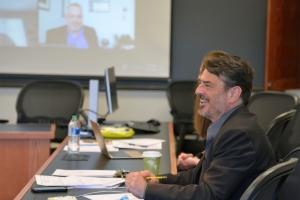