“Visually and conceptually, this is a surprising, thoughtful exhibition.” 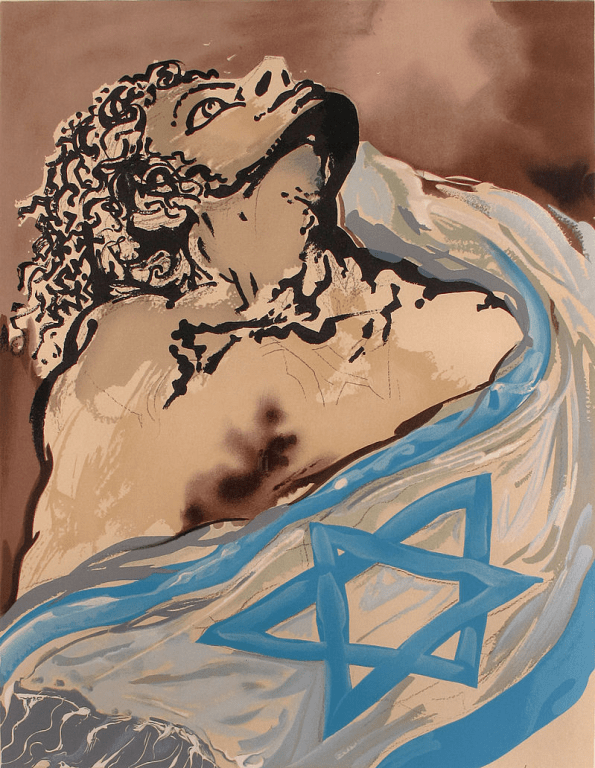 “Aliyah, The Rebirth of Israel”

“Aliyah, The Rebirth of Israel,” by Salvador Dalí, a suite of 25 lithographs commemorating the 25th anniversary of the founding of the state of Israel, will be on view from Jan. 9-Feb. 3, 2017, in Lykes Atrium, Wilson Hall. No tickets are required.

David R. Blumenthal, the Jay and Leslie Cohen Professor of Judaic Studies at Emory University, will present a lecture on Dalí’s “Aliyah” on Jan. 23, 2017, at 5:30 p.m. in Concert Hall, Wilson Hall. This talk is free and open to the public. 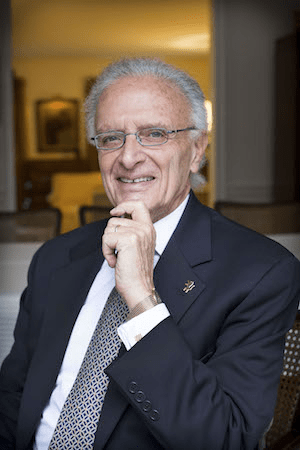 The Dalí lithographs and Blumenthal’s lecture are sponsored by W&L’s Department of Art and Art History, W&L Hillel and the Max and Sylvia Weinstein Memorial Fund.

Dalí created the “Aliyah” series of 25 mixed-media paintings in 1968 using gouache, watercolors and Indian ink on paper. They were reproduced as photolithographs and published in a limited edition box with a letter of introduction by David Ben-Gurion, the first Prime Minister of Israel. The set that will be displayed is one of the few complete numbered editions still in existence, as most others have been broken up and sold over the years.

In order to illustrate the various meanings of the Hebrew word “Aliyah,” which means “to go to live in the Land of Israel,” Dalí took inspiration from the Old Testament as well as contemporary history. Dalí depicted the vessel Eliyahu Golomb, full of refugees from the concentration camps, setting sail to Israel in 1946, despite the prohibition imposed by Palestine under the British Mandate. He also portrays David Ben-Gurion reading the Declaration of Independence in 1948.

As usual in Dalí’s work, the pieces also contain elements from his own iconography. This is the case with two lithographs that contain references to a major painting of that period, “Tuna Fishing,” an oil painting inspired by the Mediterranean coastal fishing practice which dates back to antiquity.

“David Blumenthal brings a fascinating perspective to understanding these works,” said Elliott King, assistant professor of art history at W&L and a noted Dalí scholar. “Although Dalí wasn’t Jewish himself, this was a commission he took very seriously. One of the images even includes a passage written in ancient Hebrew. Visually and conceptually, this is a surprising, thoughtful exhibition.”

Blumenthal teaches and writes on constructive Jewish theology, medieval Judaism, Jewish mysticism and Holocaust studies. He is the author of numerous scholarly articles and reviews, as well as 11 books, including the two volume “Understand Jewish Mysticism” (1978, 1982); “God at the Center” (1988) which was translated in 2002; and “Moral Lessons from the Shoah and Jewish Tradition” (1999). His most recent book is “Philosophic Mysticism: Essays in Rational Religion” (2007).

Blumenthal is a member of the European Academy of Sciences and the American Academy of Religion. He has a B.A. from the University of Pennsylvania and a Ph.D. from Columbia University.