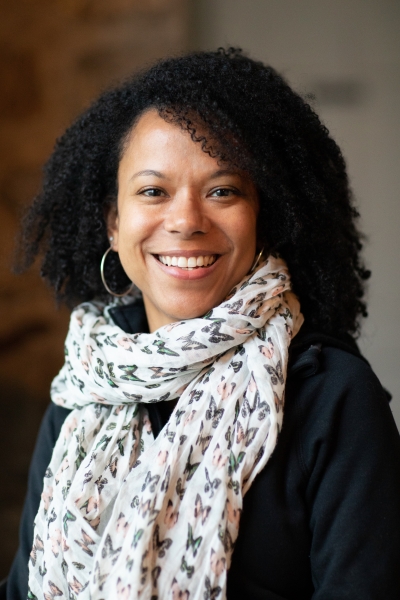 “From third grade forward, it’s always been about the oceans.”

During a visit to SeaWorld as a child, Niquole Esters ’04 interviewed an orca trainer for a school report and watched a show featuring the whales, which were officially her new favorite animal. “From third grade forward, it’s always been about the oceans,” she said. A running joke in her family is “Are you out there saving the whales?”

While she didn’t end up becoming a “whale specialist,” Esters has spent more than 15 years working to protect the environment and ocean habitats through her career with Conservation International. Moreover, she is one of only a few women of color in a leadership position in what has typically been a male-dominated field. That’s something else she hopes to change.

SET AFLOAT
Esters first got her foot in the door at CI as a senior at W&L. A double major in politics and geology, Esters told Professor Bill Connelly she hoped to find a job where she could help preserve the environment. He responded by digging around in one of his desk drawers until he pulled out a business card for John Buchanan ’91, then senior director of business practices for Conservation International.

“Niquole is my great success story,” said Buchanan, vice president of sustainable production at CI. Through email exchanges and phone conversations, Buchanan recognized her strong communication skills and passionate commitment to the environment and helped her land an internship with CI’s marine program.

“When somebody says, ‘One of the great things about W&L is the alumni network,’ it is true,” Esters said.

That internship turned into a full-time job as a research associate in the Regional Marine Strategies program. There, Esters worked on program implementation and traveled to Portugal for a conference on ocean policy. It was her first trip abroad. By the end of that conference, Esters knew two things: she wanted to attend graduate school to develop a better understanding of ocean policy, and that it might be possible to do it somewhere other than in the United States.

LAWS OF THE SEAS
Esters ended up at King’s College London for its master’s degree in geopolitics, territory and security. Her research focused on the UN Convention on the Law of the Sea, an international agreement which established rules governing all uses of the oceans.

After completing her degree in 2008, Esters returned to CI to serve as coordinator for the nonprofit’s work with the Coral Triangle Initiative on Coral Reefs, Fisheries and Food Security (CTI-CFF). The multilateral partnership between the governments of Indonesia, Malaysia, Philippines, Papua New Guinea, Solomon Islands and Timor-Leste is designed to protect marine and coastal resources by addressing issues such, as food security, climate change and marine biodiversity.

For the job, CI based Esters in Honolulu, Hawaii, and she traveled all over the world to serve as the organization’s point person for government officials and partner organizations, while also assisting with project management and fundraising.

In 2013, CI promoted Esters to director of its CTI program. “I was not only running the program,” she explained, “I was actually providing strategic advice across the Asia-Pacific region to leaders and officials from different governments who were working to figure out how to implement sections of the CTI- CFF. You can sign an agreement. That’s easy. But then you have to translate it — what do these words mean on the ground in real life?”

Hashing out a framework for marine resource management with the different governments took about six years. By the time she finished, Esters felt ready to take her career in a different direction.

NEW DEVELOPMENTS
Esters relocated to Oakland, California, where she now works as a senior director in development for CI. Raising money, Esters emphasized, is hard — particularly during a pandemic — but she’s figuring it out. “Private philanthropy is about learning who an individual is,” she said. “What are their interests? What kind of impact do they  want to make?”

Down the road, her goal is to continue growing as an environmental leader,  one with a reputation for drawing in a more diverse group of people to fight for the conservation of important natural resources.

“I was always very aware of the fact that I was one of the only black or brown faces in the room,” Esters said of her career experience. “A personal passion of mine is creating opportunity and access for people of color.”

MORE ABOUT NIQUOLE
Favorite Prof: Professor Bill Connelly gave me the connection I needed to start my adult life one week before graduation — I was sweating that one pretty hard. He also made learning about Congress incredibly interesting and inspired a lifelong interest.

Book Recommendations: For an example of how ocean life impacted history read “Cod: A Biography of the Fish that Changed the World” by Mark Kurlansky. He’s also written “Salt: A World History” and “The Big Oyster: A History on the Half Shell.” 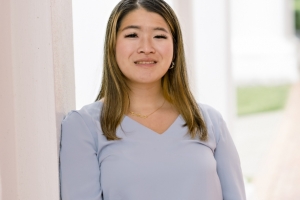