Washington and Lee University School of Law will hold a number of activities on Monday, January 19 in celebration of Martin Luther King, Jr. Day. Events include panels exploring issues related to sentencing and immigration policy and an address by Harvard professor Kenneth Mack.

Mack is the inaugural Lawrence D. Biele Professor of Law at Harvard University and the co-faculty leader of the Harvard Law School Program on Law and History. His research and writing have focused on the legal and constitutional history of American race relations. His 2012 book “Representing the Race: The Creation of the Civil Rights Lawyer” (Harvard UP) was selected as a Top 50 Non-fiction Book of the Year by the Washington Post, was awarded honorable mention for the J. Willard Hurst Award by the Law and Society Association, and was a finalist for the Julia Ward Howe Book Award.

In addition to the law school events, Washington and Lee University has a full slate of activities planned to celebrate the life of Martin Luther King, Jr, including a keynote address by NAACP chairman Roslyn McCallister Brock. The complete schedule of events for Washington and Lee’s annual “Celebrating the Life and Legacy of Dr. Martin Luther King Jr.” are available at http://go.wlu.edu/MLK-15. 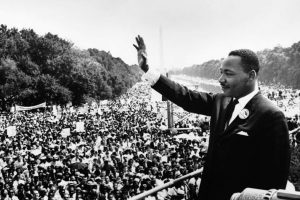