“These stories are music itself, voiced by unlikely balladeers. To read them is to hear the songs of fallen angels.” 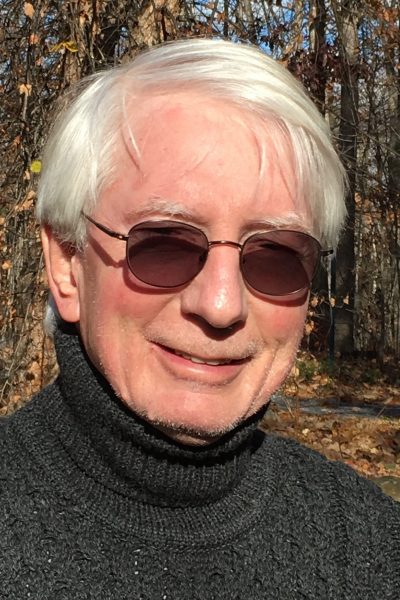 R.T. Smith, Shenandoah editor and Washington and Lee University writer in residence, has published his sixth collection of stories, “Doves in Flight.”

He said, “The book takes its title from a vintage model Gibson guitar with inlaid doves which almost seem to fly off the instrument.” The stories have been previously published in a variety of journals, including Southern Review, Missouri Review, Florida Review and Fugue.

Characters in the 13 stories, which are set in western Virginia and often involve an element of the fantastic, include a religious TV knife show host, a gamecock-loving girl, a famous figure skater, the Jack of beanstalk fame, a teenager who vanishes from Natural Bridge, a 19th-century Appalachian version of Rumpelstiltskin and Satan himself.

Novelist Cary Holliday has written about Smith’s book, “These stories are music itself, voiced by unlikely balladeers. To read them is to hear the songs of fallen angels.”

Smith was raised in Georgia and North Carolina and served as writer in residence at Auburn University before moving to Lexington. He teaches courses in the W&L English Department and has also taught poetry writing at Virginia Military Institute. He has twice received a Library of Virginia Book of the Year Award.

In 2006, he was one of three recipients of the National Magazine Award for Fiction. Smith recently served as the Coffey Distinguished Professor of Writing at Appalachian State University.

“Doves in Flight” is available in local bookstores and may be ordered from either Louisiana Literature Press at Southeastern Louisiana University or Amazon.