Show Me What Democracy Looks Like Professor Bill Patch publishes book on the Labor Movement’s political influence on German democracy. 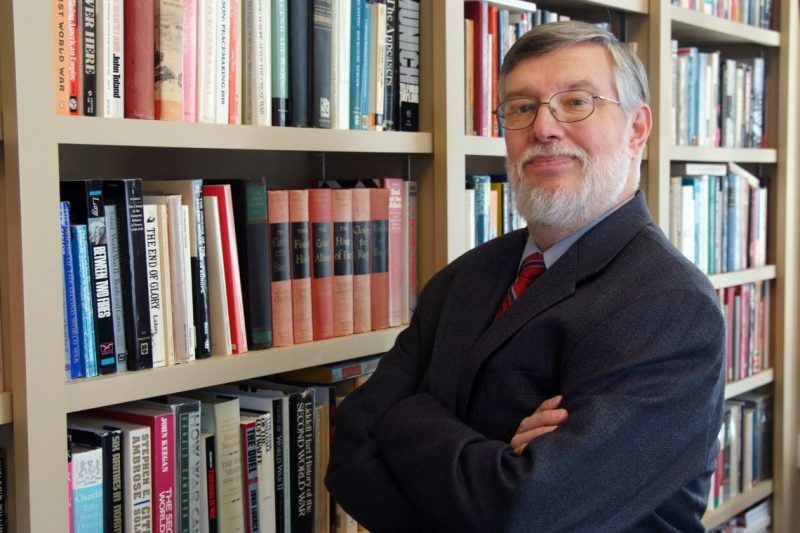 He will be giving a talk on his book May 2 in Leyburn Library’s Book Nook at 5 p.m. It is free and open to the public and refreshments will be provided.

“The issue that interests me the most is why democracy succeeded so much better in the Federal Republic of Germany after World War II than it succeeded in the Weimar Republic after World War I,” he said. “I think that’s the most important question in 20th-century German history, and there’s still a lot of disagreement about what explains it or what factors should be emphasized.

He noted that although some scholars give credit to the U.S. occupation immediately following World War II for Germany’s successfully democracy, U.S authorities were quite restrained. “They almost never made suggestions for what democracy ought to look like. You might call them gardeners who would prune the bush and try to get rid of the weeds,” he said.

In 2000, Patch began combing through the archives of the two biggest political parties in Germany — the Social Democratic Party and the Christian Democratic Union. He also examined the archives of the Catholic Church focusing on the role of the Catholic worker movement on Germany’s democracy. “There’s a big archive of the Catholic worker clubs in Cologne that no one has ever looked at, and a lot of my research covered the personal papers of 20 trade union leaders who joined the CDU and their efforts to promote trade unionism and social legislation that would benefit factory workers. These unionists sought to promote compromises between the left and the right in German politics and forge consensus about welfare legislation. They worked hard to get the kind of public-supported health care for the system that Germany has today. They also worked very hard to improve the pension plan so people could really live on their government-guaranteed pension.”

That focus on workers’ rights led to a constitution that is “nothing like the U.S. Constitution,” said Patch. “German approaches to labor relations and social policy and public heath care, for example, are completely different from American approaches. I wanted to bring out what Germans had learned from the experience of the Third Reich and the Second World War and examine how their thinking evolved — what was wrong with the Weimar Republic and how you could do better with democracy this time around.”

In his book’s conclusion, Patch discusses whether Germany’s approach to social policy is still viable. The biggest difference between Germany and the U.S., he noted, is that in Germany “the laws guarantee workers a voice in corporate management. In every sizable enterprise, workers elect their own factory council that consults with management. And in most large corporations, workers elect between one-third and one-half the members of the board of directors. That gives workers a powerful representation in management decisions.”

With the major labor reforms in 2004, which make the German labor market more like America’s, Patch wonders about the stability of German democracy. “A strong guarantee of workers’ rights played a crucial role in stabilizing democracy in Germany immediately following World War II. In recent years, those rights have diminished, which is a major challenge to this kind of system.”

Patch joined the W&L faculty in 2006 and teaches courses on modern Europe, German history, and international relations. Patch is the author of many monographs and articles, including “Heinrich Brüning and the Dissolution of the Weimar Republic” (Cambridge University Press, 1998).

His talk is part of the Anne and Edgar Basse Jr. Author Talk Series and is presented by the University Library.