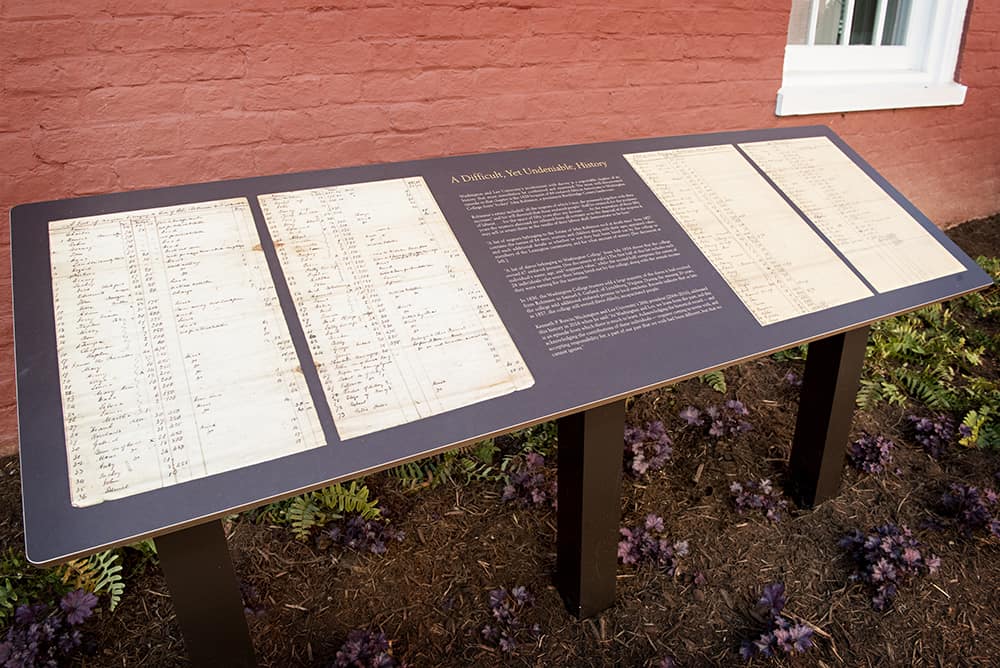 A marker on W&L’s campus documents the enslaved men and women that Washington College inherited from John Robinson.

Following the nationwide reckoning with racial injustice that emerged in 2020, the faculty of Washington and Lee committed themselves to infusing their courses with instruction that would illuminate how systemic racism and prejudice have impacted their areas of expertise.

W&L Law professor Carliss Chatman, an expert in corporate law, saw in this effort a unique opportunity to help students trace the origins of commercial law through her Uniform Commercial Code (UCC) Core Concepts course, while at the same time confronting the University’s ties to slavery.

The UCC classes explores such concepts as the sale of goods, negotiable instruments like promissory notes and checks as forms of payment, and the use of personal property as loan collateral.

“The UCC is in your life all time, you just don’t realize it,” says Chatman. “Every time you buy something from the store or if you have ever bought furniture on time, you are using the UCC.”

The class is also important for law students’ preparation for the bar exam. Every state has adopted the UCC at least in part, and all states test this topic for licensure.

“It’s the only class where we talk about commercial paper—checks for example,” says Chatman. “With checks and notes, we make paper the same as cash so people don’t have to carry around suitcases full of gold. The UCC sets up norms that everyone can trust and believe in so that commerce moves as smoothly as possible.”

And for many current law students, for whom even debit cards may seem quaint compared to Venmo and the like, this class may be the first time they have considered the purpose of a paper check.

So where does slavery fit in to the class? While the UCC was not codified and adopted until the 1950s and 60s, Chatman explains that the code draws many of its definitions and classifications from the rise of the commercial shipping and the merchant class in the 1500s, a period contemporaneous with slave trade and ownership.

“Many of the banking and labor concepts and even ideas about organizational structure come from the plantation economy,” says Chatman.  “For example, the emphasis on data and tracking of employee behavior, systems of management hierarchies, and even the very idea of laborers as human capital, an expense to be minimized, were all initially tested and proven on the plantation.” 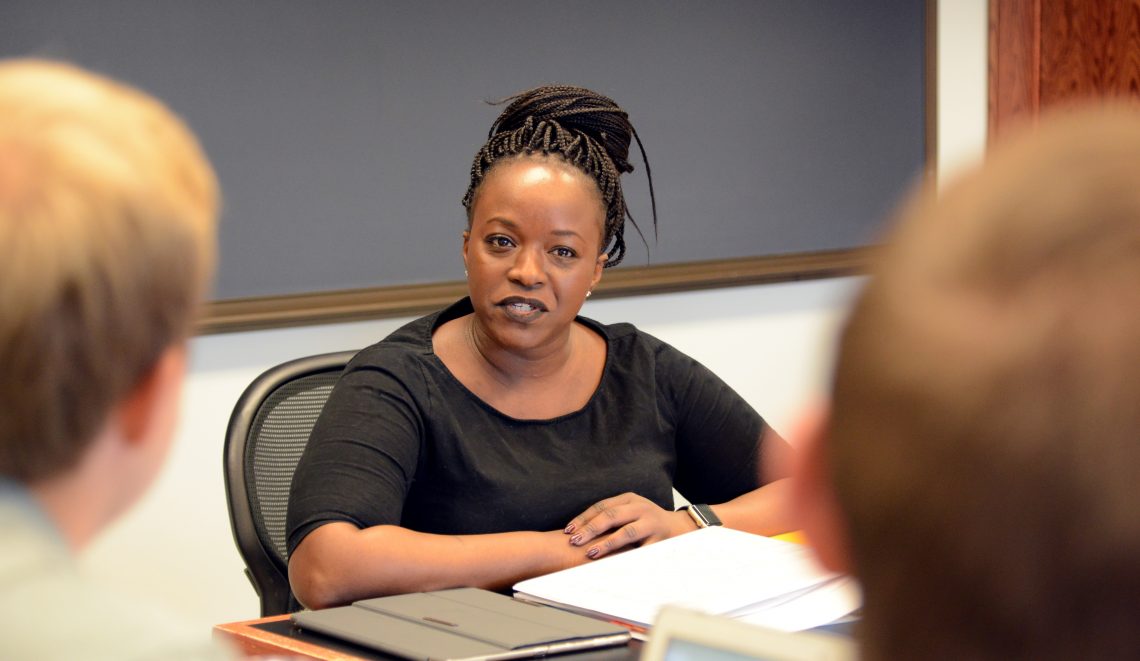 By examining these connections, Chatman says students can see the ways racial bias is baked into the commercial systems that we still use today. This point is driven home at the end of the class during the final hypothetical exercise that tests students’ understanding of various UCC articles. For this activity, Chatman accessed the collection of primary sources at W&L that document the University’s ties to slavery.

“In general, students learn better when the work they are doing is bound to reality,” says Chatman. “Beyond that, it is a real challenge for students to remain dispassionate, as lawyers must, when dealing with legal issues. This is particularly the case with a premise that turns people into a good. I want them to struggle with this.”

One student in the class, Molly Pugh ‘21L, saw the class as a powerful and meaningful invitation to explore the practical implications of slavery, through the eyes of the law.

“Professor Chatman did a beautiful job of not only providing us with a thorough, in-practice review of the UCC, she used the UCC to highlight the realities of slavery,” said Pugh. “Enslaved people were considered economic assets. In accordance with the UCC, that recognition required us to classify human beings as either ‘farm products’ or ‘equipment.’”

Pugh explained that both classifications implicated a different UCC definition and procedure for perfecting a creditor’s interest in that “property” as collateral, so she and her classmates had to apply the law—both as written at the time in the 1860 Va Code—and according to the UCC as they studied it.

“According to the 1860 Va Code, even if an owner attempted to free his or her slaves, that freedom would not be granted until all debts were paid,” said Pugh. “Even in the few cases where humanity could have prevailed, the law precluded that result.”

And just as Chatman hoped, it was a true struggle for students remain dispassionate during the exercise.

“In many ways, viewing slavery through the eyes of the UCC forced us to remove emotion,” said Pugh.  “However, it also had the effect of revealing the raw emotion–and economic motives–underneath people being treated as property. It showed the force of money and power, especially in the law.”

Chatman is currently writing a law review article about the methods used in the course in the hope that other professors will dig into their institutional history and use those archives as a tool to draw connections between the past and the present.

“I believe students can be as enriched by this exercise as they are by reading the older landmark cases,” said Chatman.