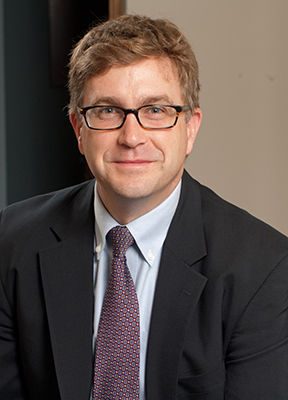 “I’ve always felt that forests, streams and mountains were literature. I want my kids to have a chance to read those stories.”

Greg Buppert, senior attorney for the Southern Environmental Law Center, will speak at Washington and Lee University on “The Case Against the Atlantic Coast Pipeline” on Sept. 28 in Hillel House at 6 p.m. It is free and open to the public.

The Atlantic Coast Pipeline is a proposed interstate natural gas pipeline that would cut through one of the most intact conservation landscapes in the Southeast, including Virginia, West Virginia and North Carolina. Buppert is leading the Southern Environmental Law Center’s efforts to oppose the project.

“I’ve always felt that forests, streams and mountains were literature,” said Buppert. “I want my kids to have a chance to read those stories.”

W&L’s Environmental Studies Program asks that those interested in attending RSVP by email to EnvStudies@wlu.edu.