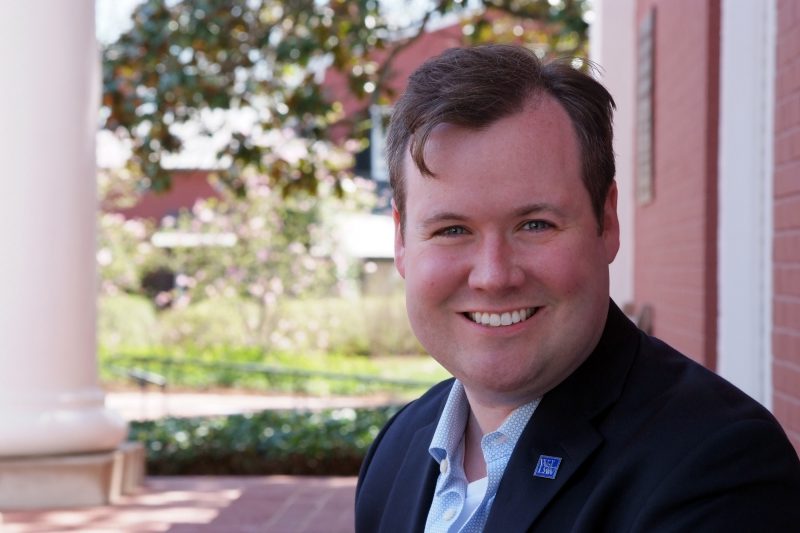 “When marriage equality was resolved, there was a vacuum in discussing LGBT issues. Now that is changing.”

When legislation focused on LGBT issues works its way through the U.S. House of Representatives, there is a very good chance that Roddy Flynn ’12L has been involved behind the scenes, crafting strategy and educating members of Congress.

For the past year, Flynn has served as executive director of the LGBT Caucus, a group of 87 representatives engaged in strategy to turn issues of concern to lesbian, gay, bi-sexual and transgender people into legislation or executive action.

“My job is to give shape and strategy to LGBT legislation,” he said. While the job is self-directed — “I can plan my own initiatives” — he tries to be responsive to what House members want. “We focus on policy development and ask what we can do to help.” The answer might be to draft legislation or ask the executive branch to act.

Flynn discussed his job and the issues he tackles on the national level at a recent Embracing Diversity symposium on campus.

He is proud that during his first year with the caucus, he was able to organize a landmark congressional forum on violence against the transgender community — the first time transgender issues have been the sole focus of congressional testimony.

The forum was set up much like a formal congressional hearing. “I reserved a hearing room and had 12 House members on the dais,” said Flynn. He recruited witnesses to discuss transgender issues in such areas as employment and housing discrimination. “It is a multi-faceted problem.”

News outlets from around the world covered the forum, which Flynn said successfully raised transgender issues to high levels of government, such as the departments of Justice and Education.

Flynn has also helped create and serves as managing director of Equality PAC, a political action committee that works for the election of openly LGBT candidates and strong allies to federal office.

Flynn received his undergraduate degree from American University, where he majored in interdisciplinary studies in political communication and economics. After graduating from W&L School of Law, he clerked for Justice Henry DuPont Ridgely of the Delaware Supreme Court and then spent two years practicing commercial and intellectual property law with Richards, Layton & Finger PA, in Wilmington, Deleware.

While in Delaware, Flynn helped form an LGBT bar association, which now is a section of the Delaware Bar. He also coordinated LGBT pro bono efforts in such areas as family court and insurance. Through those activities, Flynn got to know his congressman, Rep. John Carney.

Through Rep. Carney, Flynn learned of the House caucus job, and although the job “was completely unplanned,” he saw it as an opportunity that he couldn’t pass up. “I’ve learned not to plan too much,” he said.

Flynn thinks the caucus is making progress. “When marriage equality was resolved, there was a vacuum in discussing LGBT issues. Now that is changing.”

He has worked hard to develop strategy for the House’s Equality Act, which amends the Civil Rights Act. “It is a comprehensive nondiscrimination bill that creates more awareness of how LGBT issues reach into areas other than marriage,” he said, citing employment, housing, public accommodation, jury duty and other areas

While at W&L, Flynn was the head Kirgis Fellow, which gave him the opportunity to run orientation for the 1L class. He also was a Burks Scholar, a position that allowed him to teach legal research and writing to 1Ls.

He fondly remembers Ann Massie, professor of law emeritus, who taught bioethics and constitutional law. “She pushed everyone to think through issues, such as assisted suicide and surrogacy.” Brian Murchison, the Charles S. Rowe Professor of Law, taught him administrative law and is someone Flynn continues to consult when he wants another opinion. He also credits professors Sarah Wiant ’75L and J.D. King with influencing his career path.

Flynn acknowledges some frustration that Congress moves so slowly. “I’m goal oriented and like to accomplish things,” he said. What makes him happiest in his work is “when I can get a member who doesn’t understand the urgency of an issue to become a full activist or co-sponsor.”

He doesn’t have much time for hobbies these days. “My job is my entire life,” he said. However, he likes to cook and says baking relaxes him. Cooking Italian or American comfort food “provides satisfaction and makes me feel good.”

His path toward his current work on behalf of the LGBT community might have been set at his graduation from W&L Law School, when he received the Calhoun-Bond Award for exceptional service to the university. He believes it was an acknowledgement of the work he did on campus on behalf of the undergrad LGBT population.