Super Sleuth At Pfizer, Michael Benigno ’00 analyzed COVID-19 clinical data in the quest to develop a vaccine and antiviral therapy.

“Data collection and testing for typical vaccines take years, but it’s easy to test when the whole planet is on fire.”

Michael Benigno ’00 offers a succinct description of his job at Pfizer. He’s essentially a data detective. That, of course, does not begin to capture the complexity of his work, especially over these past nine months as he and his fellow detectives worked day and night, literally, on their biggest case — helping produce a safe, effective vaccine and antiviral therapy for COVID-19.

On the Saturday before Thanksgiving, the day after Pfizer submitted its vaccine to the FDA for emergency use authorization, Benigno was taking a rare morning off. “I might take a run. Or maybe even a walk,” he said. “Since the first week of April, it’s been all hands on deck. There has been palpable tension and enormous pressure, but also excitement and confidence — a real adrenaline rush.”

An economics major, Benigno discovered his passion for analytics in Professor Michael Anderson’s Quantitative Models class (now Econometrics). “I didn’t like math at the time, but I found that I loved statistics after taking his class. A lightbulb went off that this field could lead to a wide range of interesting opportunities. Professor Anderson’s was the most valuable economics course I took since it laid the foundation for my career in analytics and data science. He would eventually write one of my recommendations for graduate school in statistics.”

After working for an economic consulting firm right out of W&L and then helping U.S. Airways restructure its route system as it headed into bankruptcy after the Sept. 11 terrorist attacks, Benigno earned his master’s in quantitative methods and applied statistics at Columbia University. There, he became interest- ed in health care and life sciences and wrote his thesis on issues related to vaccines. In 2005, he joined Pfizer, where he currently holds the title of senior director and lead for Global Real World Evidence for the company’s Hospital Business Unit, which includes Pfizer’s broad anti-infectives portfolio.

As data from de-identified electronic patient records throughout the U.S. and Europe are gathered into enormous datasets — tens of millions of patients and billions and billions of records, Benigno’s challenge is to analyze the data for evidence of, for instance, how a particular therapy is actually prescribed and works in routine real-world settings among a diverse set of patients.

In the first week of April, Benigno put 90% of his work aside to lead Pfizer’s COVID-19 Real World Evidence War Room. The mission: not only to work on the vaccine but also on a viral therapy. “We began analyzing large datasets with COVID-19 patients in them to understand how the disease is progressing in order to help our scientists design the clinical trials and then to understand what they should expect in the clinical trials,” he said. “Senior management was asking us to help understand what is really going on. Who is dying? Who is surviving? Can we see any patterns?”

The race for a vaccine grabbed the headlines, but Benigno and his team were also examining an antiviral therapy for patients who were already infected. During the original SARS outbreak in 2002, Pfizer began developing an antiviral to treat that disease, but when the threat dissipated, the therapy was shelved.

“Once COVID broke out, Pfizer essentially took that blueprint off the shelf and accelerated some of the initial preclinical work before initiating the first in-patient trials,” Benigno said. “Development of the therapy is behind the vaccine, but we’re going to initiate larger patient tests in early 2021 with the goal of having the therapy ready to launch in the not-too-distant future. “Our vaccine, along with the vaccines developed by other companies, will hopefully end the current outbreak. But no one knows how long immunity will last with a vaccine, so there’s a possibility COVID-19 could come back and mutate. At that point Pfizer and the other companies will know how to adjust these new vaccines, just as a seasonal flu vaccine is adjusted each year. That could take time, so having an antiviral therapy ready to go for people who are getting sick will be really important. That’s the aim.”

Even as Pfizer’s vaccine was awaiting FDA approval, Benigno and his colleagues were busy planning the strategy for its real-world examination. The clinical trial was 95% effective, which Benigno said “blew us out of the water.” Still, only 22,000 individuals received the actual vaccine during the testing, with 22,000 receiving a placebo. “Data collection and testing for typical vaccines take years,” he added, “but it’s easy to test when the whole planet is on fire.

“This is where my area becomes front and center,” Benigno said. ‘We’ll start getting data in the spring from patients who receive the vaccine. We’ll look at the data stratified by age, gender, see how well it protects patients who are very vulnerable and living with certain pre-existing conditions, and follow them over the coming years and report on the findings.”

Benigno and his Pfizer colleagues were horrified at the politicization of the vaccine during the presidential campaign. He noted that increasing paranoia around vaccines could impede efforts to bring the disease under control. “Science is not political,” he said, “but it has certainly been politicized. Our CEO is a scientist and veterinarian by training and coined the phrase ‘Science Will Win’ as a rallying cry. Hopefully, this will be the case.”

Apart from inspiring his interest in statistics, Benigno also credits W&L with one skill that is especially important under these circumstances. Communicating clearly and effectively has never been more important, and W&L’s liberal arts curriculum helped to develop those skills early on.

“Pfizer is a complex organization — with parts resembling a research university, a hospital and a Fortune 100 company all in one. From hour to hour, I have to speak different languages. The scientists understand a certain set of nomenclatures and vocabularies, and for conversations with commercially oriented colleagues, I have to adjust my approach in the way I explain things.”

Like many around the world, Benigno has been working remotely since March, communicating via Webex video calls with his colleagues who are based in London, Paris and Rome. He is looking forward to resuming a more normal lifestyle and work schedule but feels fortunate to be able to contribute to the search for a COVID-19 vaccine and therapy from the safety of his home.

If you know a W&L alumnus who would be a great profile subject, tell us about it! Nominate them for a web profile. 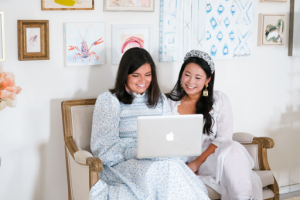 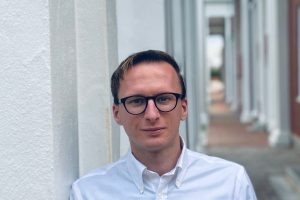 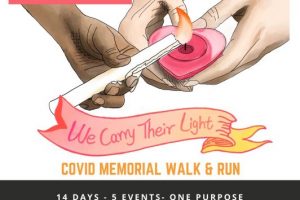