Ted Talks A series of hour-long interviews with the late Ted DeLaney ’85, professor history of emeritus, is now available online. 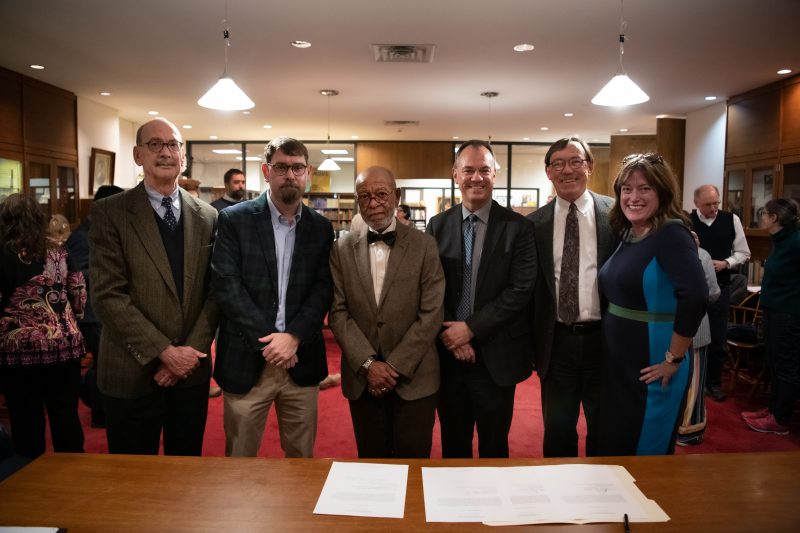 In the late summer of 2018, David Peterson, professor of history emeritus, began work on a project near and dear to his heart — recording a series of eight one-hour interviews with Professor Ted DeLaney ’85, who died Dec. 18, 2020.

The series, “Conversations with Professor Theodore C. ‘Ted’ DeLaney,” has now been transcribed and edited and can be accessed online.

“Ted had talked about writing his memories, but when he was diagnosed with cancer, he realized it might not be possible,” said Peterson. “During one of our many Sunday morning breakfasts together, I pitched the concept of doing a series of videotaped interviews, and he thought that sounded like a pretty good idea. He was an excellent writer, but I knew he also loved talking with people directly. If you ever walked down the Colonnade or along Main Street with Ted, it took forever because he would stop and chat with everyone.”

The project garnered immediate approval from then-provost Marc Conner, who provided the funding and access to technical support. “People were very enthusiastic about this idea,” said Peterson. “We got first-class treatment from the IT staff and were able to use the Mason Taylor New room in Washington Hall to do the videotaping. Professors Barton Myers and Molly Michelmore, as well as Connor, each conducted an interview, and I did the others.”

Peterson describes the series as part history, part memoir: “The conversations cover “the history of Lexington, W&L, African American issues and, indeed, our national history. What makes them particularly fascinating is seeing them from the unique perspective of a man was by turns a janitor, lab technician, student, and professor at our university.”

DeLaney, who was renowned for his gregariousness, was a natural conversationalist. “He’d already spoken on many of the various subjects we covered in other interviews or talks throughout his life, so I think this came fairly naturally to him,” said Peterson. “He sometimes went slightly off script, and I think those are among the most interesting bits.”

He added, “My scholarly publications have previously been on European Medieval and Renaissance church history, so this is a departure for me. I didn’t realize how complex oral history could be until we got started. But I am proud of this contribution, and I hope others will learn something about Ted, W&L, African American concerns and American history. 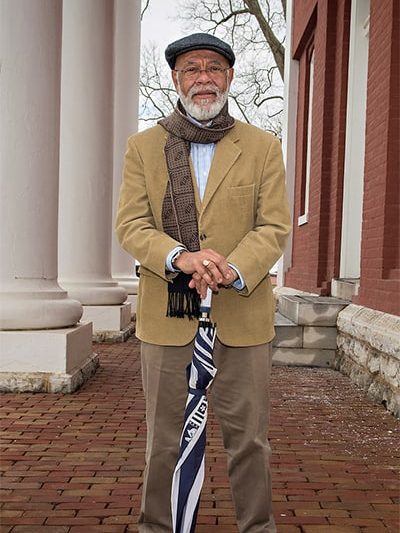