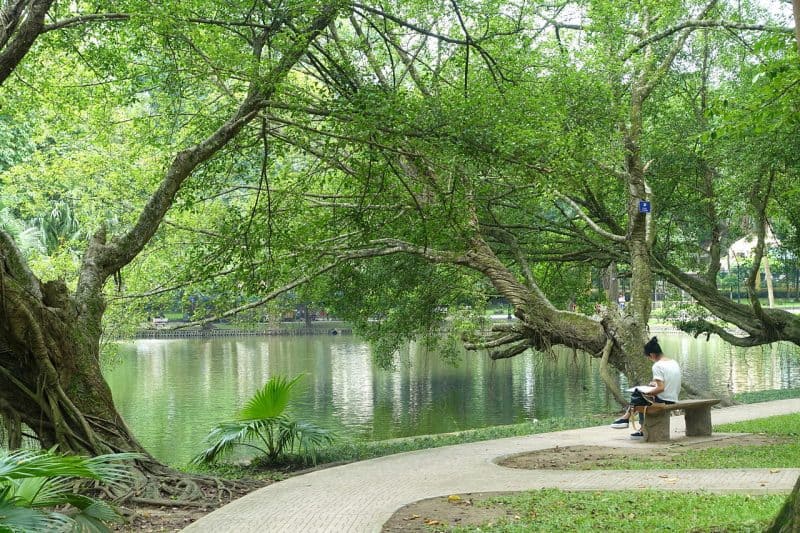 Hanoi, Vietnam (pictured here) is one of five locations where W&L student pairs will spend the summer doing research. The students won grants to fund their travel through the Endeavor Foundation.

Ten Washington and Lee University students have been awarded Endeavor Foundation grants that will allow them to pair up and pursue 2017 summer research projects overseas. Student pairs for Endeavor projects are traditionally made up of one American student and one international student; the pairs then spend time doing research and sightseeing in the international student’s home country.

These are the grant winners and the projects they plan to do this summer:

Hannah Denham ’20 and Trang Duong ’20 will travel to Hanoi, Vietnam, to examine Vietnamese culture and the causes, effects and rationale for their project, “An Examination of Generational Differences in Perceptions of Family, Marriage, and Gender Roles in Vietnam.” Using initial background research into the issue, they will study how the Vietnamese and Asian media portray women in comparison from how they are portrayed in the West, with an emphasis on “leftover women.”

Jiwon Kim ’20 and Tiffany Ko ’20 will travel to South Korea, Kim’s home country, to study the influences of Buddhism and Christianity on modern Korean culture. They will work with a Christian counseling center and visit various types of churches to explore the history of Christianity in South Korea. They will also visit Buddhist temples around the country, delving into the history of Buddhism and participating in the recently popular temple stays. They hope to experience how South Koreans use religion to manage their mental well-being.

Alfred Rwagaju ’18 will take Kennedy Gibson ’18 home to Kigali, Rwanda, where they will work as interns at Ngali Energy, a non-government organization (NGO) that works to improve Rwanda’s energy resources and assist entrepreneurs with finding favorable locations for their businesses. Rwanda is currently working to boost energy production after the 1994 genocide left many people, especially in rural areas, without electricity. Rwagaju and Gibson will work with resident engineers to collect data on energy consumption and production in different regions of the country.

Maren Lundgren ’18 will go home with Yoko Koyama ’19 to Cameroon. There, they will work with a community to develop a business plan for a small grocery store. The store will be run by the local parents’ council, and all proceeds will go to the local primary and middle schools. In addition, Lundgren and Koyama will host a summer camp for older children who are interested in engineering, and a music camp for younger kids.

Xiaoxia Yin ’19 will play host to Sesha Carrier ’19 in China, where they will develop a short documentary centered on the Chinese culture of traditional folk singing and opera, and its overall historical impact on Chinese culture. Their research will examine methodology, common instruments, music theory, and other relevant topics through a partnership with professional schools and local musicians and artists. The culminating thesis will tie back to American bluegrass to emphasize the significance that folk traditions, specifically musical tradition, have on society and culture.