The Art of a Second Shot Max Adler ’04, editorial director at Golf Digest magazine, used golf and art to facilitate the release of a wrongfully convicted man. 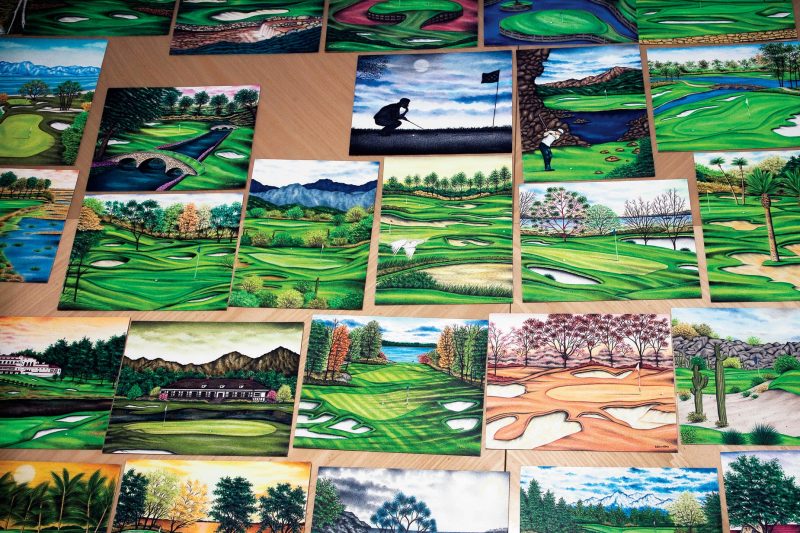 “All I needed to do was be curious and thorough. That was something that every professor at W&L helped ingrain in me.”
~ Max Adler ’04

Max Adler ’04 never would have guessed that his love of golf and a studio art degree from Washington and Lee would one day play a role in leading to the release of an innocent man from prison.

Adler, the editorial director at Golf Digest, launched a lengthy and in-depth investigation that recently led to the release of Valentino Dixon, a man who had spent 27 years at a maximum-security prison for a murder he didn’t commit. Dixon was suspected of fatally shooting Torriano Jackson in 1991 during a party that turned violent. Even though someone else confessed to the killing, Dixon was already on law enforcement’s radar for drug dealing.

Fast forwarding to 2011, Adler was a staff writer at Golf Digest when he received a letter postmarked from Attica Correctional Facility in upstate New York. Along with a letter from Dixon was a small drawing of a golf course rendered in colored pencil. Although Dixon had never played a game of golf in his life, he began drawing pictures of golf courses while in prison that were based on copies of Golf Digest. Inside the magazine, Dixon found a series of columns written by Adler under the title, “Golf Saved My Life.”

The columns described how golf had helped people overcome some of the most difficult challenges in their lives. “Valentino came across my column and saw my name and thought that the theme applied to his situation,” Adler said.

Adler, who played on the golf team at W&L, was especially drawn to the beauty of Dixon’s drawing, noting, “Here was golf and art colliding in this amazing way. It definitely caught my attention.” 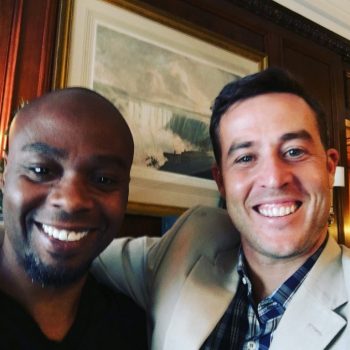 From there, Adler visited Dixon and began uncovering several holes in Dixon’s case — including conflicting testimony from witnesses and no trace of physical evidence linking Dixon to the murder. Then, in 2012, Adler published a story in Golf Digest making the case for Dixon’s innocence, which generated some interest from the Golf Channel, NBC News and other media outlets, but was not enough to completely tip the scale in Dixon’s favor.

For the next six years, Adler and Dixon stayed in touch, while Adler shared Dixon’s story with social justice advocacy groups to keep the case alive. In 2017, Dixon’s lawyers filed a petition for clemency and pardon, but heard nothing from the New York governor.

“I was probably naive in thinking our work would quickly catch the attention of someone in power who would be able to penetrate the system and make change, but that was not the case,” Adler said.

However, the work of a few students at Georgetown University and fresh blood in the New York legal system provided new hope.

Adler is amazed by Dixon’s mental fortitude that enabled him to survive nearly 30 grueling years in one of the nation’s most dangerous prisons. But his release still tasted bittersweet for many. “It’s still wrong that he was in prison for so long and had the prime of his life taken from him.”

Adler credits his robust liberal arts experience for giving him the necessary tools to research Dixon’s case. He signed up for classes in almost every department during his undergraduate career, which instilled in him the belief that intellectual curiosity can take you anywhere.

He encourages W&L students with a passion for social justice to get involved early and often and to trust that their undergraduate experience will prepare them to meet any challenge head-on.

“I wasn’t afraid or overwhelmed about solving this case,” Adler said. “I knew that all I needed to do was be curious and thorough. That was something that every professor at W&L helped ingrain in me.”

Valentino Dixon is pursuing a career in art. Please visit www.valentinodixon.com to view his portfolio.