The Great Robot Race Physics and engineering students at Washington and Lee put their creations to the test in the final week of Winter Term. 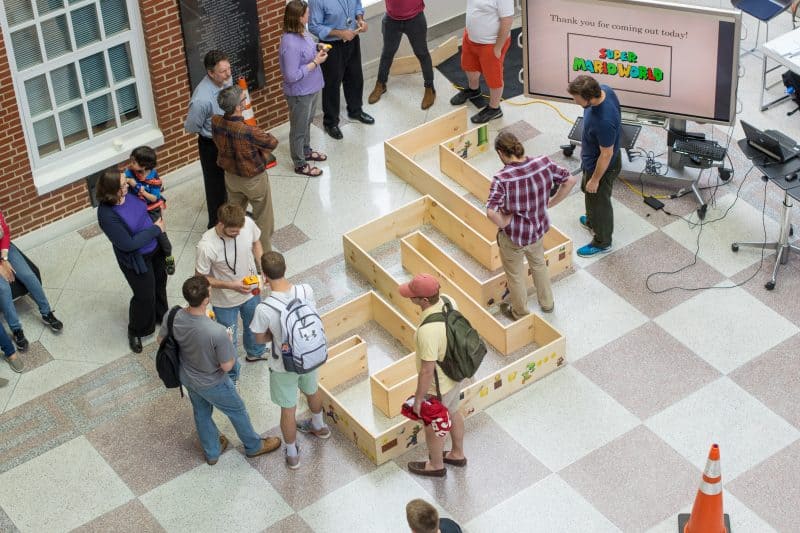 Who will rescue Princess Peach? That was the challenge put to students in the Physics and Engineering Department at Washington and Lee University for their final project.

D’Alessandro’s students in her Intro to Engineering class designed the chassis to hold the electronic components built by Khalifa’s students. The process presented some real-life challenges. “There was some frustration and a lot of question marks at the beginning, but a wonderful learning opportunity,” said Khalifa. “They had to figure out amongst themselves how to make compromises when the design of the chassis interfered with the fit of the electronics.” 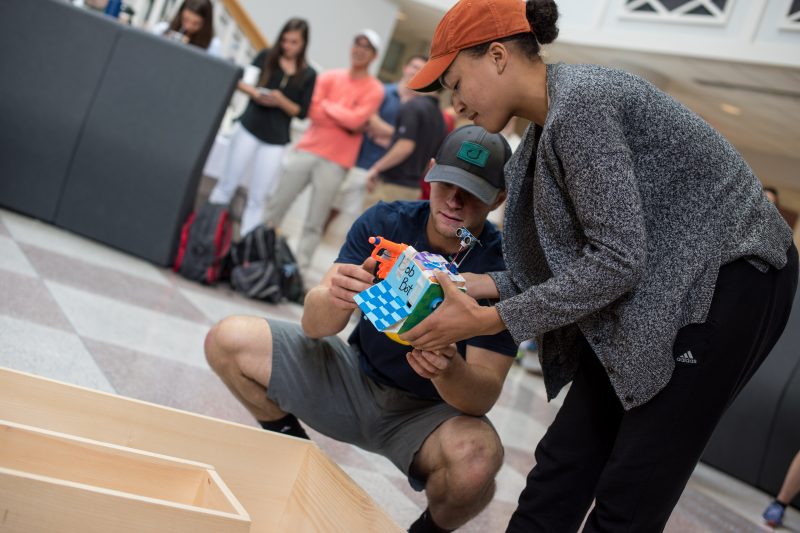 Prepping the robot to run the maze.

While the engineering students worked on building the robot’s body, using W&L’s 3-D printers in the IQ Center, the electronics students refined their knowledge of analog and digital electronics, including the design, construction and measurement of circuits and programmable logic devices.

“This competition is my way of testing whether the students have learned what I wanted them to learn, and the same applies to Kacie’s students” said Khalifa. “The first challenge, which they knew about, was to have their robot navigate a maze — the robot, using sensors, had to make decisions on whether the path before it was open or not. For the second day of the competition, we presented the students with three challenges to see if they could make modifications to the software and hardware on the fly.”

For those challenges, the robots had to pick up a plastic figurine of Princess Peach (a character in Nintendo’s Mario franchise), then carry her past two physical barriers and up and over a ramp.

“I think they all did phenomenally well,” said Khalifa.

Judge their efforts yourself.