The Problem of Asylum Free Zones Immigrant Rights Clinic director David Baluarte will present at a hearing of the Inter-American Commission on Human Rights to discuss the growth of asylum-free zones. 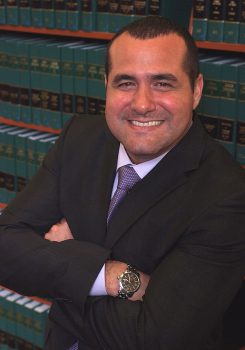 Among the many immigration issues facing the U.S., the lack of a consistent treatment of asylum seekers is a growing problem, one that might put the U.S. in violation of regional and international human rights obligations.

In some jurisdictions, immigration judges and prosecutors have applied sub-regulatory rules, without legal justification, to create asylum free zones, spaces where asylum seekers are systematically denied protection. According to Washington and Lee law professor David Baluarte, who directs the school’s Immigrant Rights Clinic, research has shown a troubling trend line in some jurisdictions in the United States that deny nearly every claim for asylum they hear.

“Today in Atlanta, a non-citizen fleeing life threatening violence has a near zero chance of receiving protection due to practices by immigration judges and prosecutors,” says Baluarte. “The situation has deteriorated to the point where the United States is in violation of binding refugee law obligations.”

Baluarte joined a group of immigration practitioners and scholars to petition the Inter-American Commission on Human Rights, a division of the Organization of American States (OAS), to grant a hearing on the issue. The group argues that the existence of jurisdictions where asylum seekers have no hope of international protection violates the American Declaration on the Rights and Duties of Man and requires the U.S. government to design corrective actions to come into compliance with its human rights obligations.

“Our hope is to get the OAS to investigate this matter and re-frame it from an issue of discretionary administrative procedure to one of fundamental human rights,” added Baluarte.

The hearing will take place on Dec. 9.