This Year’s Bentley Musical is ‘Little Women: The Broadway Musical’ The university’s performance will be streamed online beginning March 30. 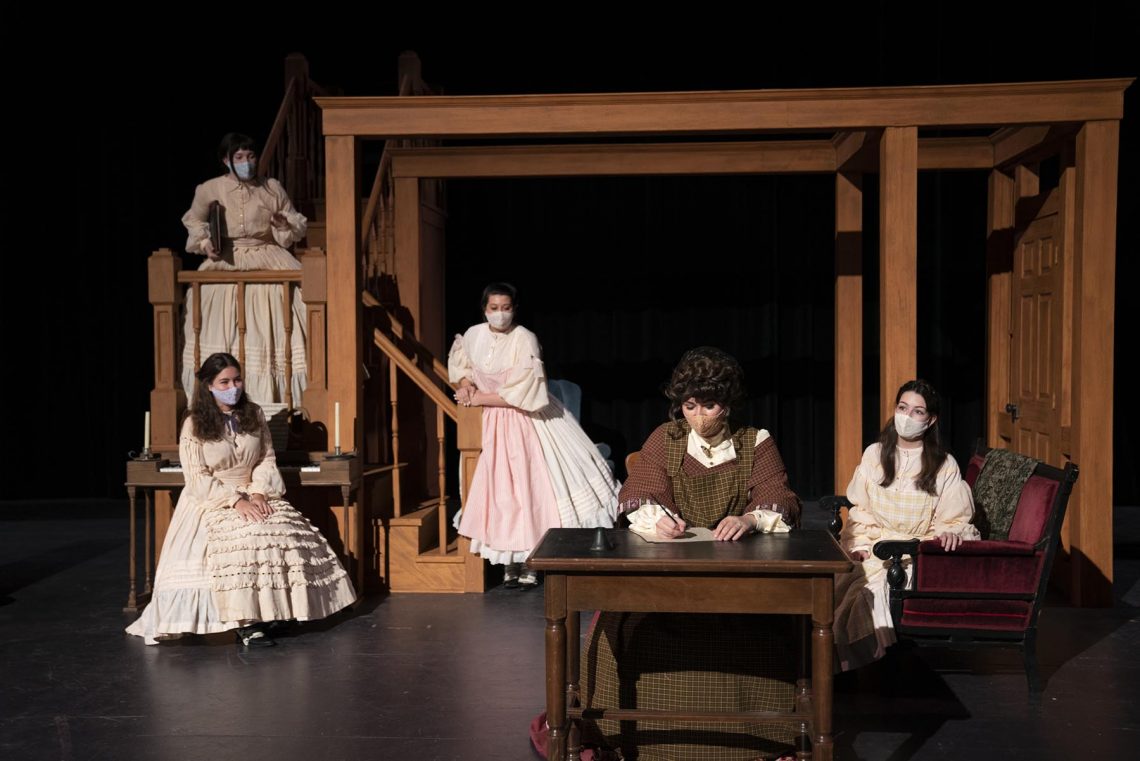 The Department of Theater, Dance, and Film Studies and the Department of Music at Washington and Lee University will present their annual Robert O. and Elizabeth M. Bentley Musical “Little Women: The Broadway Musical” March 30 through April 1 with a performance all three nights at 7:30 p.m.

The play will be streamed for free online. The number of access links to each performance is limited and will be distributed on a first-come, first-served basis. To save your spot, visit go.wlu.edu/little-women.

“Little Women,” Louisa May Alcott’s autobiographical novel, first appeared in 1868. It has never been out of print, and it has been adapted into seven films, a radio show, numerous television mini-series, several full-length plays, a one-act play and international productions, including a Japanese anime adaptation.

With a company of only 10 people, W&L’s performance of Alcott’s enduring work is performed simply and without fanfare, much like the novel itself. The musical focuses on the distinct personalities and individual strengths of the women and sisters as they navigate and overcome the social restraints of the 1860s.

The university’s performance is the only musical theater adaptation of “Little Women” that made it to Broadway and now to the W&L stage. On campus, the musical is directed by Rob Mish, director of the Lenfest Center and adjunct instructor of theater at W&L. The show is choreographed by Roanoke Ballet Theater’s Liza Deck and is under the musical direction of Patrick Summers. Summers has been involved in over 40 shows in the last eight years working with students in middle school to members of community theater all the way to developmental works for Broadway.