Washington and Lee University is proud to announce this year’s Distinguished Young Alumni Award winners. The recipients will each receive their awards during Young Alumni Weekend, September 15 – 17, 2017. There is still plenty of time to register for the weekend if you haven’t already. 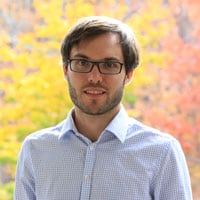 A mathematics and politics major, John graduated magna cum laude and was a senior class representative to the Executive Committee and a leader in the Outing Club and Nabors Service League. John earned a Ph.D. in Agricultural and Resource Economics from the University of California, Davis in 2014. John is now an Assistant Professor of agricultural economics and food policy at the University of Connecticut, where he teaches a class on sustainable agribusiness management. His research topics include the interactions between regulations and private standards in the context of food production practices and food product attributes, with particular attention to food safety, animal welfare, and labeling of food made using genetic engineering; analysis of voting on regulations that affect agriculture; the economics of food waste; and economic and environmental implications of expanded production of food in the Northeast to serve local markets. Before joining UConn, John worked at the U.S. Department of Agriculture’s Economic Research Service in Washington, D.C.; before graduate school, he was an economics research associate at Abt Associates in Bethesda, Maryland. 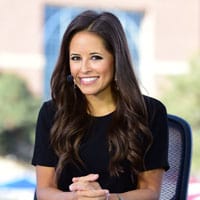 A journalism & mass communication and politics major, Kaylee graduated cum laude and was a member of Kappa Kappa Gamma at W&L. Kaylee joined CNN as a news correspondent in April 2017. Prior to her move to join CNN in Atlanta, she reported for ESPN, where she worked live events, regularly appeared on SportsCenter and contributed to the network’s coverage of the College Football Playoffs, the men’s and women’s NCAA basketball tournaments and the College World Series. During her five years with ESPN, she earned two Lone Star Emmys and contributed to SEC Network and Longhorn Network. Before ESPN, Kaylee spent five years in the CBS News Washington bureau as an associate producer for Face the Nation and assistant to the program’s then-host Bob Schieffer. She also produced, photographed and edited her own reports for CBSNews.com. 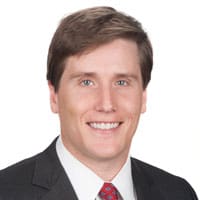 An English and history major, Rob graduated magna cum laude, played football, and served as the President of the Executive Committee. Rob is currently the President of the Industrial Division of Johnson Development Associates, a real estate development firm headquarted in Spartanburg, South Carolina. He is responsible for the sourcing, development, and management of Johnson Development’s industrial projects. Prior to joining Johnson Development, he worked in Private Equity at WJ Partners in Spartanburg, SC, where he served as an Operating Manager for portfolio companies, and at EnCap Investments in Houston, TX, where he worked on the Upstream Investment Staff. Rob also spent four years as an infantry officer in the United States Marine Corps. He led infantry units in Iraq and Afghanistan and received a Bronze Star with Valor for actions in multiple enemy engagements in Afghanistan. After completing his time in the military, Rob received a Master of Business Administration from Harvard Business School. He and his wife, Dargan McMaster Rain ’08, have stayed active with W&L as chapter volunteers in Spartanburg and reunion class committees. Rob and Dargan have two girls and look forward to welcoming another baby in September of this year.