Three graduates of Washington and Lee University School of Law have been named to Savoy Magazine’s list of Most Influential Black Lawyers of 2018. Kevin Clunis and Ashley Taylor, both members of the Law Class of 1993 appear on the list, as does James Williams, from the Law Class of 1998.

According to the publication, which “drives positive dialogue on and about black culture,” the listing showcases African-American men and women who have been recognized for their legal leadership and expertise in national and global-leading corporations. 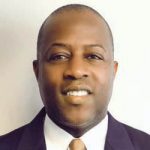 Clunis is Group Vice President of Legal and Compliance at Ross Stores, Inc., where he leads a team of attorneys and compliance professionals and oversees a broad mandate of legal matters. Prior to Ross, Clunis served in senior legal roles at the Colgate-Palmolive Company and American Airlines. He also served as a trial attorney with the City of Chicago’s Law Department and started his legal career a criminal prosecutor. He served as Board Member of the Association of Corporate Counsel – Greater New York Chapter, an Advisory Board Member of Legal Outreach and a member of the New York City Bar Diversity Committee. 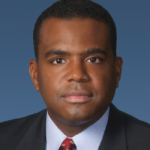 Taylor is a Partner in the Consumer Financial Services practice at Troutman Sanders. His primary focus is on federal and state government regulatory and enforcement matters involving state Attorneys General, the Consumer Financial Protection Bureau and the Federal Trade Commission. He serves as a member of the firm’s Executive Committee and Partner Compensation Committee. Drawing upon his experience as a Deputy Attorney General for the State of Virginia, Taylor has developed an extensive consumer practice with regard to the consumer financial services industry, including advising debt buyers, debt collectors, payment processors, credit reporting agencies, and auto finance companies on regulatory and compliance issues. 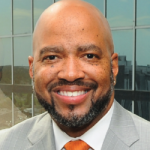 Williams is a Partner at Chehardy Sherman Williams, where he leads a trial team that implants with existing legal counsel to give clients undeniable firepower in jury trials. Having litigated cases in 15 different states and Milan, Italy, Williams has consistently won significant jury trials for defendants in America’s most liberal venues and for plaintiffs in America’s most conservative venues. His national accolades include being named Top 100 High Stakes Litigators, Nation’s Top One Percent, Super Lawyers, Top 100 Trial Lawyers, Top Trial Lawyers in America, and Bet-the-Company Litigators. Williams represented Louisiana Supreme Court Justice Bernette Johnson against the State of Louisiana, which attempted to block her ascension to Chief Justice. He argued and won her case in United States District Court, making her Louisiana’s first African-American Chief Justice.