Tracking Patterns in the Pandemic Jennifer Beam Dowd ’96 is co-managing a Facebook page, “Dear Pandemic,” to provide evidence-based advice about COVID-19 to a general audience. 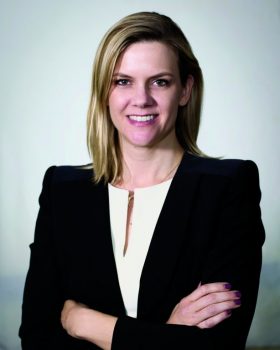 Jennifer Beam Dowd ’96 was only a few months into her new job as deputy director of the just-launched Leverhulme Centre for Demographic Science at the University of Oxford when her international team of epidemiologists, geneticists, demographers, sociologists,  economists and data scientists was confronted with the challenge of a lifetime. They are analyzing data from around the world to help understand the spread of COVID-19 and its impact on mortality and health care systems. Their findings are generating significant media coverage and influencing the way the pandemic is being managed.

“As a demography center, population age structure jumped out at us,” Dowd said. “Italy has a high proportion of older adults, and there were Italians on my team who knew about intergenerational patterns of social contact there.” Younger workers in Milan, where the outbreak was particularly severe, were more likely to live in villages outside the city and co-reside or have frequent meals with older relatives.

That insight made them think about implications for the rest of the world, and how population age structure at regional and national levels can help predict the burden of COVID-19 critical cases and mortality. In a recent publication, they encouraged countries to release key demographic information such as age, sex or comorbidities (the presence of one or more additional conditions), in addition to numbers of cases and deaths. Such disaggregated data will help them to assess risks for more focused prevention and preparedness.

Looking within countries at the population age structure, researchers can get an idea of the potential pressure on health care and predict at a more granular level where the highest rate of hospitalization will be, as they recently did for England and Wales. “We were quickly contacted by members of Parliament looking for help in planning their local responses and hospital preparedness,” Dowd noted. “Academic research typically takes a long time to disseminate or have impact, but the urgency and pace of this pandemic have changed everything.”

The team is now generating demographically informed projections to help determine social distancing measures required in each population to reduce the number of critical cases and not overload the health care system. They are also researching how a better understanding of social networks and intergenerational contacts can inform strategic social distancing interventions to protect vulnerable groups.

Dowd finds one of the most surprising things about the pandemic is the concentration of mortality in older adults. “With flu, you also get serious pediatric cases as well as among pregnant women,” she said, “but the age pattern we are seeing for COVID-19 is quite distinct. The sex differences are something we’re also trying to understand. In China, it was hypothesized that more men smoked, but seeing the elevated risk in men in other countries with different smoking rates is a puzzle.”

A politics and Spanish major, Dowd was inspired by her interest in Latin America — propelled by February break trips she organized to Nicaragua — to apply to graduate school to study development economics. One of her mentors was Professor Harlan Beckley, and she served on the committee that wrote the first grant to fund what eventually became the Shepherd Program.

She also is indebted to professors Larry Boetsch ’69, Dick Kuettner and Jeff Barnett in the Spanish Department and Bob Strong, Eduardo Velasquez and Bill Connelly in the Politics Department for their encouragement and support. “They gave me the confidence to pursue graduate school. They were just great, great teachers,” she said

Dowd pursued graduate studies at Princeton, where she earned a doctorate in demography and public affairs. In graduate school, she met another important friend and colleague, Tyler Dickovick, who went on to become a professor of politics at W&L until his untimely death from ALS last year.

“I gradually shifted from the study of economic outcomes to health outcomes, particularly the large differences in life expectancy based on factors like income and level of education. My research constantly uses methods and topics spanning both the biological and social sciences. My liberal arts education has been critical to making those connections and seeing insights across different disciplines,” said Dowd.