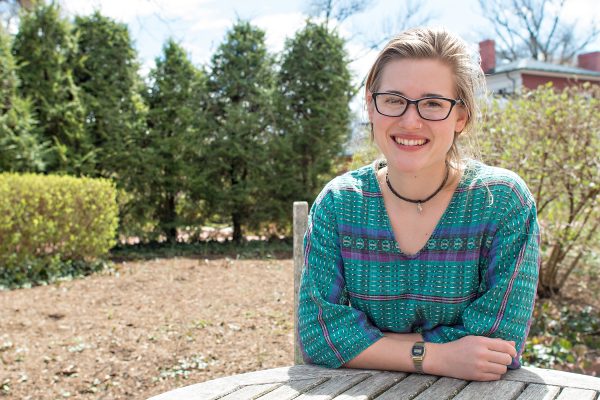 Sierra Noland ’17, from Shoreline, Washington, is majoring in sociology and anthropology and minoring in poverty studies. Noland worked with an interpreter while living in India and doing fieldwork for her honors thesis — a written ethnography paired with video footage exploring how migration can provide low-caste Indians opportunities to overcome inhibiting social structures.

“I missed out on tearful moments, outbursts of laughter and even mundane explanations because I could not understand Hindi,” said Noland. “It is important that I connect on a personal level with my study participants and deepen my cultural understanding, and the CLS will allow me to make huge strides in advancing my research without having to be dependent on an interpreter,” said Noland.

After graduating from W&L this spring, then completing the CLS program in India over the summer, Noland plans to pursue a master’s in visual anthropology at the University of Southern California. 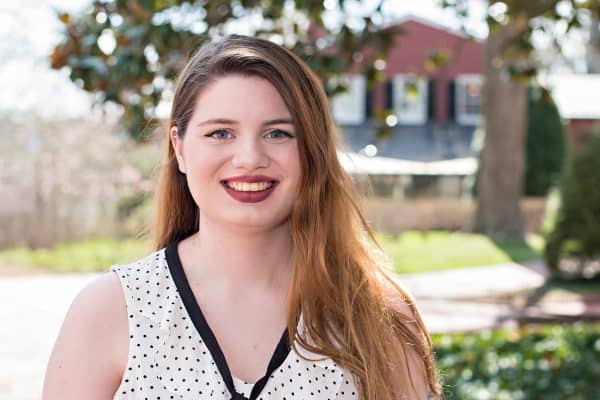 Tara Cooper ’19, from Johns Creek, Georgia, is a double major in neuroscience and East Asian languages and literatures, and is similarly excited about diving deeper into the culture and language through the CLS.

Cooper visited Japan during Spring Term in 2016 and felt an immediate connection with the people and culture there. She faced a challenge, though, when it came to communication since she had only taken one year of Japanese.

“I felt so incredibly lucky to be exposed to a culture so different from my own,” said Cooper. “The CLS provides the perfect opportunity to return to the country and further my cultural education, and I was ecstatic to find that I was chosen to go.”

In some ways, Cooper likens the Japanese culture to that of the W&L community, where there is a focus on hospitality and civility. For example, she felt at home with the Japanese practice of recognizing one another in public spaces, thanks to W&L’s speaking tradition. And she believes her STEM background provides an opportunity to share a broader academic perspective with other students in the program. “While some may evaluate experiences from a historical or linguistic perspective,” said Cooper, “I take a more psychological and neurological approach.”

After her experience in Japan this summer, Cooper plans to return to W&L and continue with Japanese language classes in her junior and senior years. She also plans to connect with other Japanese language or cultural societies nearby using her connections from studying abroad.

“It is a great honor to be accepted into the CLS program,” said Mark Rush, Stanley D. and Nikki Waxberg Professor of Politics and Law and director of the Center for International Education. “It is highly competitive and focuses on broadening participants’ exposure to the world’s diverse cultures and deepening their linguistic abilities. Sierra’s and Tara’s success in applying is a wonderful occasion and reason for the campus community to celebrate.”