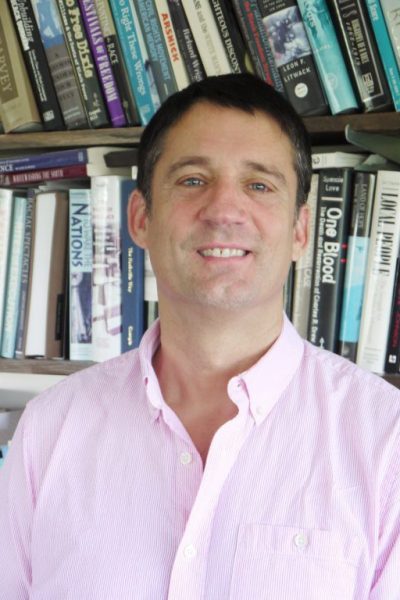 Washington and Lee University will hold a public lecture by W. Fitzhugh (Fitz) Brundage, the William B. Umstead Professor of History at University of North Carolina at Chapel Hill, on Feb. 12 at 7:30 p.m. in Stackhouse Theater, Elrod Commons.

The lecture is free and open to the public. Brundage’s talk is titled “A Vexing and Awkward Dilemma: The Legacy of a Confederate Landscape.”

Brundage’s general research interests are American history since the Civil War, with a particular focus on the American South. He has written on lynching, utopian socialism in the New South, and white and black historical memory in the South since the Civil War. His current research project is a book on debates about torture in the United States from the time of European contact to the 21st century.

He is editor of multiple books, including “Beyond Blackface: African Americans and the Creation of American Popular Culture, 1890-1930”; “Where These Memories Grow: History, Memory, and Southern Identity”; and the prize-winning “Lynching in the New South: Georgia and Virginia, 1880-1930.”

The talk is part of Washington and Lee University’s Education and History series. In 2017-18, building on our highly impactful “History in the Public Sphere” project, we have planned a series of events, speakers, gatherings and forums that will contribute to the ongoing study of our history and culture.

The lecture is sponsored by the Mellon History in the Public Sphere project, Johnson Lecture and Symposia, the Office of the Provost and the History Department.