“Uncovering Fraud in Trump’s Empire”: A Conversation at W&L with David Barstow of the New York Times In his talk, which is free and open to the public, Barstow will discuss his coverage of the Trump administration and other projects. 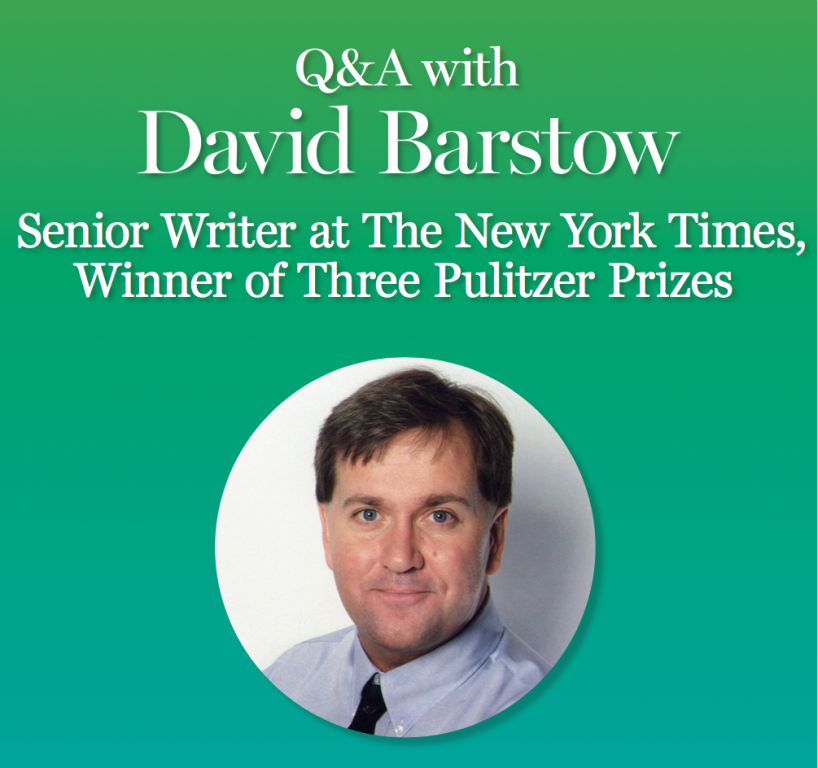 Washington and Lee University will host David Barstow, a senior writer at The New York Times and winner of three Pulitzer Prizes, on Oct. 31 at 5 p.m. in Stackhouse Theater.

Barstow joined The New York Times in 1999 and has been a member of the paper’s investigative unit since 2002. In his talk, which is free and open to the public, Barstow will discuss his coverage of the Trump administration and other projects.

Barstow has been in the news for his special investigation article about President Trump in the New York Times titled “Trump Engaged in Suspect Tax Schemes as He Reaped Riches From His Father.”

“I’ve admired David Barstow’s work for more than 20 years, starting when we both worked at the St. Petersburg Times,” said Alecia Swasy, Donald W. Reynolds Chair in Business Journalism.“David’s latest investigative work at the New York Times reveals decades of tax dodges and fraud inside the Trump business empire. The research is meticulous and has prompted an investigation by New York state and city regulators to see how much Trump has underpaid in taxes. We are honored that David is coming to W&L to talk to students about his work.”

He is the recipient of numerous awards including three Polk Awards, the Goldsmith Prize, the Alfred I. duPont Silver Baton, the Barlett and Steele Gold Medal, a Loeb Award, the Sidney Hillman Award, the Daniel Pearl Award for Investigative Reporting, two Sigma Delta Chi awards for distinguished service and the Peabody Award.

Prior to joining The New York Times, Barstow was a reporter for The St. Petersburg Times in Florida, where he was a finalist for three Pulitzer Prizes. Before that, he was a reporter at the Rochester Times-Union in New York and the Green Bay Press-Gazette in Wisconsin. Barstow, a native of Concord, Mass., is a graduate of Northwestern University. He was inducted into the Hall of Achievement at Northwestern University’s Medill School of Journalism in 2015.

The talk will be livestreamed and available to watch here.

His talk is sponsored by the Donald W. Reynolds Foundation and the Department of Journalism and Mass Communications.