Under the Baobab Tree How one W&L graduate empowers women farmers in Africa. 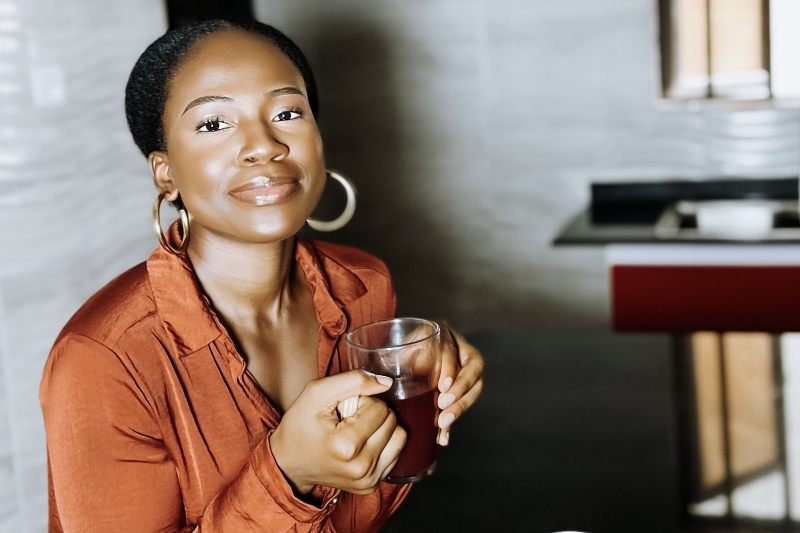 “I have a passion for women’s empowerment, especially in a way that enables women to support their families, their community’s development and their kids’ educational outcomes.”

Rebecca Bakare ’19 believes natural, nutrient-rich foods can heal not only the body but the economy of her homeland as well.

Bakare, who grew up in Lagos, Nigeria, learned first-hand about the benefits of African “superfoods” when she dealt with a series of health problems that included crippling menstrual cramps and skin conditions, such as eczema. She said that her health improved after she supplemented her diet with hibiscus and powders made from fruits of baobab and moringa trees, an experience that inspired the economics major to start a business that sells African botanical products.

Along the way, she also learned that much of the continent’s agricultural economy is dependent upon the labor of women, who often see little economic benefits themselves for their work. That’s why her company, Mama’s Creation Foods, offers more than just healthy foods and nutritional supplements. It offers hope and economic power to African women farmers and producers, too.

“I have a passion for women’s empowerment, especially in a way that enables women to support their families, their community’s development and their kids’ educational outcomes,” Bakare said during a Zoom interview from Lagos.

According to the International Food Policy Research Institute, more than 60% of all working women south of the Sahara work in agriculture, but discriminatory laws and customs often keep women from owning land or reaping the financial rewards of being farmers. Many of these women live in poverty.

Mama’s Creation Foods sources its ingredients directly from African women farmers and producers, Bakare said, and connects them directly with consumers by telling their stories.

Even though her company is barely two years old, Bakare said that some of the company’s women suppliers have already been able to hire more workers — also women and mothers — which helps the economy of an entire community. The company’s website (mamascreationfoods.com) features two women, Kelechi and Brenda, who say their partnership with Mama’s Creation Foods has allowed them to expand their own businesses.

“So far I have grown and deepened my interaction with other women in my community,” Kelechi, a producer in Nigeria. “I am also providing jobs for five more women.” Brenda, a farmer and producer in Zimbabwe, said she, too, has expanded her business and hired more women. “I am providing job opportunities for other women in my community who are now able to send their children to school.”

That’s all part of Bakare’s business plan. “I wanted to create a social enterprise that supports the women who cultivate these products,” she said. Farming in these lands is not easy, but women need to put food on the table. “There are more women than men working the land,” said Bakare. “Women often cultivate or produce nutrient-rich foods for home use. They don’t look at it as a business in a commercial sense. They do it because they want to feed their families without depending on other people.”

While at Washington and Lee, Bakare took several classes affiliated with the Shepherd Poverty Program and on the management of social-impact organizations, which helped her refine the focus of her startup. After working with the northern Virginia-based Citadel Foundation for Kids, a nongovernmental organization that serves underprivileged children in Ghana and nonprofit groups like Ashoka, Bakare was motivated to put her education to work on behalf of those experiencing abject poverty in Africa. She decided to use a for-profit social enterprise, rather than nonprofit aid work, to improve people’s lives.

“I wanted to use business as a force for good and move away from the aid mentality,” she said.

Even so, the evolution of her company surprised her. “If you had told me in early 2019 that I would start a business, I would have said, ‘That’s nuts, that’s not me!’ ”

In late 2020, she established the company with help of family and “one or two women mentors who are passionate and who understand the need for what Mama’s Creation Foods is doing.” The company is based in South Africa, the United States and Canada (where it is registered under the name Mama’s Natural Foods Inc.). Bakare makes sure her products — which consist primarily of powdered supplements and wellness products that can be added to liquids and foods, such as salads, oatmeal and smoothies — meet all regulations and are ethically produced.

Even the packaging is reusable. Although she plans to distribute some products in physical stores, most sales are currently through the company website.

In a way, Mama’s Creation Foods completes a circle for Bakare, whose father, a businessman, owned and operated fruit and poultry farms in Lagos and Ogun State, Nigeria. As a girl she fed chickens, fished, gathered eggs and climbed trees — unknowingly preparing herself for a business life in agriculture.

“I received hands-on experience when it came to agriculture,” she said. “From a young age, I had an appreciation for and have been curious about the natural world. 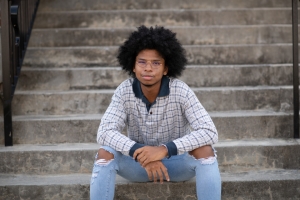 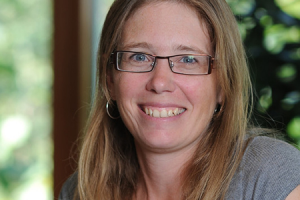