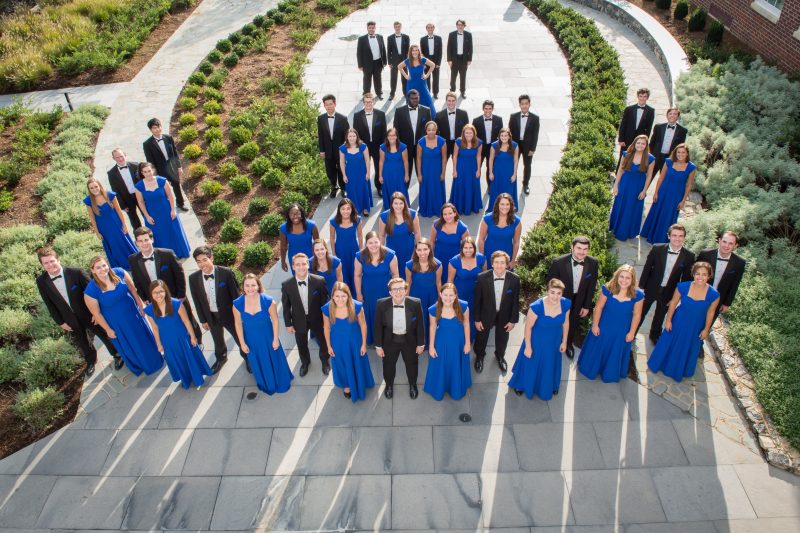 The University Singers will travel to Richmond April 13 to join the other groups in a residency with Ešenvalds, a former member of and composer for the State Choir of Latvia. The residency and performance will culminate with the world debut of Ešenvalds’ newest piece, “A Woman and Her Bear,” on April 15.

According to his website, Ešenvalds is “one of the most sought-after composers working today, with a busy commission schedule and performances of his music heard on every continent.”

He has won multiple awards for his work, including the Latvian Grand Music Award, which he won three times (2005, 2007, and 2015). The International Rostrum of Composers awarded him first prize in 2006 for his work, “The Legend of the Walled-in Woman.”

The Washington and Lee University Singers, conducted by Shane Lynch, continues to be recognized as one of the finest a cappella choirs in the region. Routinely touring both nationally and internationally, the University Singers perform a wide variety of literature as a feature choir in major concert series and prestigious music festivals of groups such as the Virginia Music Educators Association and the American Choral Directors Association. Recently, they have headlined performances at major venues including Carnegie Hall, the Academy of Music, and the National Cathedral.

The University Singers represent a wide cross-section of the programs offered at the university, routinely representing more than 25 of the college’s 39 undergraduate majors.