Using the Network for a One-of-a-Kind Experience Mark Dewyea '18L used the W&L alumni network to find a unique placement with the government affairs and legal departments at Rolls Royce in DC.

Mark Dewyea is currently a third-year law student originally from the Charlottesville, Virginia area. At W&L Law, he is a McThenia Research Assistant, a member of the W&L Veteran’s Advocates, and the Federalist Society. Mark is a 2nd Lieutenant in the U.S. Marine Corps after completing Officer Candidate School (OCS) in August 2017 and will attend The Basic School (TBS) followed by Naval Justice School after graduation before serving as a USMC Judge Advocate General (JAG) Officer.

Jets. Rockets. Tanks. Not exactly the sort of things that come to mind when you think about a typical legal externship, but my experience working for Rolls-Royce was far from the ordinary—and I wouldn’t have had it any other way. Where else could I justify climbing through the latest version of the Bell Boeing V-22 Osprey (powered by Rolls-Royce engines by the way) or driving a real-life simulation of a cutting-edge Army troop-carrier (also outfitted with Rolls-Royce engines) as part of ‘work’?

Let’s backtrack a bit—how exactly did I land this dream-job? In a word: Networking. I remember during my initial visit to W&L Law almost three years ago where anyone and everyone I spoke with touted the strength of the W&L Law alumni network when it came to finding internship and employment opportunities. To be completely honest, at the time I wrote these testaments off as a mere sales pitch meant to convince applicants to matriculate—I couldn’t have been more wrong (similar to some of my 1L exam answers). 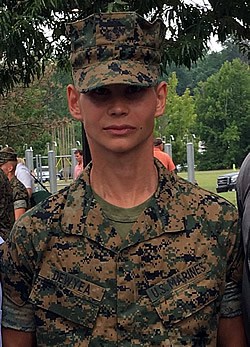 Because I was planning on spending the upcoming summer getting screamed at and crawling through the mud at Officer Candidate School (OCS) for the U.S. Marine Corps, I had to find a suitable 3L externship a full three months earlier than my classmates. I started on LinkedIn by plugging in a search for W&L Law alumni and literally the first name that popped up was Marc Nichols, General Counsel at Rolls-Royce. The only problem is that he was located at the company’s corporate headquarters in Indianapolis, Indiana. Figuring it was a long shot, I sent Mr. Nichols a message asking him if he had any contacts in the D.C. office he could put me in contact with. You can imagine my surprise when I received a reply in a matter of hours. His detailed response and willingness to coordinate an externship for someone he had never met is truly a testament to what makes W&L so unique—its people.

Working with W&L’s truly excellent Career Services team, we were able to overcome the challenge of being several states away and design an externship specifically tailored to my professional interests. I would be working in a sort of ‘floating’ role, splitting my time between the company’s Government Affairs and Legal Departments. This unique experience enabled me to gain a more comprehensive understanding of the inner workings of the corporate infrastructure as well as making me realize the quality of education I had received over the past two years at W&L. I found myself relying on skills garnered in my 1L contracts class while reviewing multi-million-dollar engineering bid proposals with the legal team and then a mere couple of hours later implementing negotiation and presentation techniques I had picked up during classes, while rubbing shoulders with government officials at a defense industry trade show. I was able to hone my familiarity with the government acquisitions process, something that will undoubtedly translate into my future career as a U.S. Marine Corps Judge Advocate Officer.

My experience embodied all the characteristics of a W&L legal education that has convinced me over the past few years that I made the right decision when choosing a law school. The interactive, close-knit relationships I have developed with my peers and professors alike has resulted in a truly rewarding educational experience that has prepared me well  professionally and personally as well.