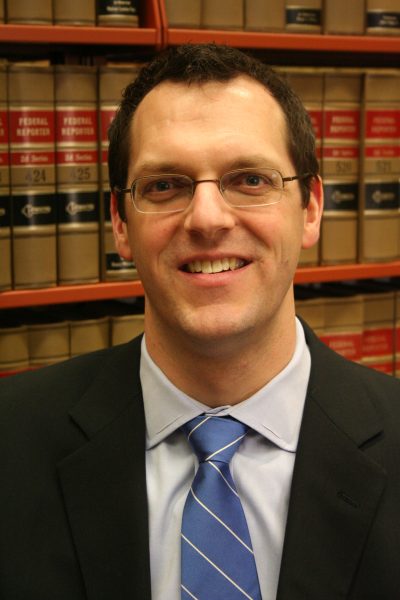 The Virginia Festival of the Book, the long-running literary celebration produced by the Virginia Foundation for the Humanities, has announced this year’s line-up, and a book edited by Washington and Lee law professor Russell Miller is among the featured works.

“Privacy and Power: A Transatlantic Dialogue in the Shadow of the NSA-Affair,” published by Cambridge University Press, examines U.S. and European views on privacy and intelligence gathering in the wake of Edward Snowden’s disclosures of NSA surveillance programs. Miller contributed to and edited the volume, which also includes contributions from four other W&L faculty members: Roger Crocket (German/Russian), Sarah Horowitz (History), and law professors Joshua Fairfield and Margaret Hu.

Now in its 24th year, the Virginia Festival of the Book brings together writers and readers to promote and celebrate books, reading, literacy, and literary culture over five days. The Festival offers about 250 programs, most of them free, in bookstores, libraries, theaters, schools and other venues in and around Charlottesville and Albermarle County, Virginia. The Festival is the largest community-based book event in the Mid-Atlantic region and has attracted audiences of more than 20,000 for each of the past thirteen years.

The Festival runs from March 21 through March 25. The discussion of “Power and Privacy” is scheduled for Friday, March 23 at 10:00 a.m. at the UVa Harrison Institute/Small Special Collections, UVa Central Grounds, 160 McCormick Rd, Charlottesville.

According to Miller, Edward Snowden’s leaks exposed fundamental differences in the ways Americans and Europeans approach the issues of privacy and intelligence gathering.

“The American perspective is that Europeans should ‘grow up’, while Europeans think the Americans should learn to ‘obey the law’,” says Miller.

Featuring chapters from leading commentators, scholars and practitioners from both sides of the Atlantic, the book documents and explains these differences of opinion and analysis. The book opens with a collection of chapters acknowledging that Snowden’s revelations require a rethinking of the prevailing theories concerning privacy and intelligence gathering, explaining the differences and uncertainty regarding those aspects. A range of experts reflect on the law and policy of the NSA-Affair, documenting its fundamentally transnational dimension from the point of view of domestic and international legal regimes. The final chapters explain the dramatic transatlantic differences that emerged from the NSA-Affair with a collection of comparative cultural commentary.

The book is available for purchase online from Cambridge University Press at http://go.wlu.edu/powerandprivacy.