After hosting a successful French Academy last summer, the German and Spanish academies have been added for this year. Dick Kuettner, professor in the Romance Languages Department and Teacher Education Program at W&L, will coordinate all three academies.

Over the course of three weeks, students from across the state will be permitted to speak, read and write in only their target languages. To achieve this goal, students will take classes, complete cultural projects and investigations, learn about each language’s artistic and musical base and go on field trips related to the languages’ history, culture and relations with the United States.

The full-immersion experience will apply to residential life as well, as students will have access to reading and listening material in only their target languages.

The participants will utilize W&L’s facilities and resources — classrooms, computer labs, art studios, theaters and sports fields — to interact in their respective languages and improve their oral and written communication.

The inclusion of the Spanish and German Governors’ academies at W&L comes from the success of the French academy in 2011 when the University welcomed 60 students from across the state for an intensive experience in the French. Kuettner and W&L received praise from the Virginia Department of Education and academy attendees last year, and W&L has been selected to host all three academies through the summer of 2016.

Kuettner said, “W&L is pleased to have been chosen to host the language academies again this year. As members of the Virginia Governor’s Language Academies for 2012, the students will have many opportunities to encounter competitiveness, challenges and serenity, while achieving the many goals and objectives established by the superior faculty and staff.”

The Governor’s Foreign Language Academies were originated in 1986 by the Virginia Board of Education with the aim of providing an exemplary experience in foreign language education. Beginning with a French Academy, the program’s early conception also included Governor’s Foreign Language Academies in Asian Studies, German, Latin, Russian Studies and Spanish. 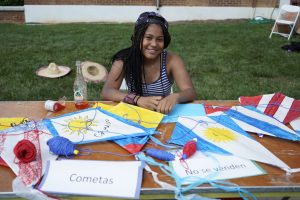