The Washington and Lee University Concert Guild will present soprano, Danielle Talamantes, in recital in Wilson Concert Hall on Sunday, March 3 at 3 p.m. A native of Vienna, Virginia, Talamantes regularly performs throughout the U.S., including engagements with the Metropolitan Opera. 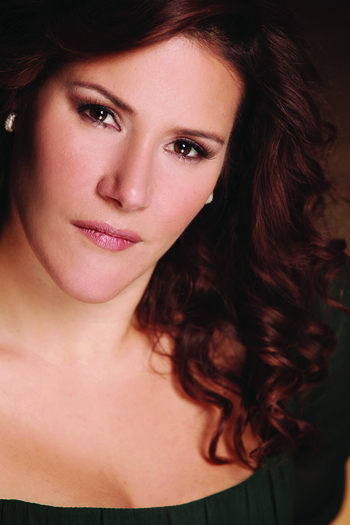 The recital at W&L will open with Claude Debussy’s “Chansons de Bilitis,” followed by the “Tres Arias” of Joaquin Turina. The feature work of the program is Henry Dehlinger’s setting of “The Love Song of J. Alfred Prufrock,” T.S. Eliot’s monumental poem written using the stream of consciousness technique. Dehlinger, an American composer of contemporary classical music and fusion of classical music and other genres, composed this piece specifically for her and will accompany her on the piano.

The recital will conclude with three settings of Duke Ellington songs by Larry Ham, Caren Levine and Henry Dehlinger, respectively.

Tickets are required and may be purchased through the Lenfest Center box office at 540-458-8000 or online at wlu.edu/lenfest-center/buy-tickets-now. Box office hours are Monday–Friday, 9-11 a.m. and 1-3 p.m. and will be open one hour prior to performance time.