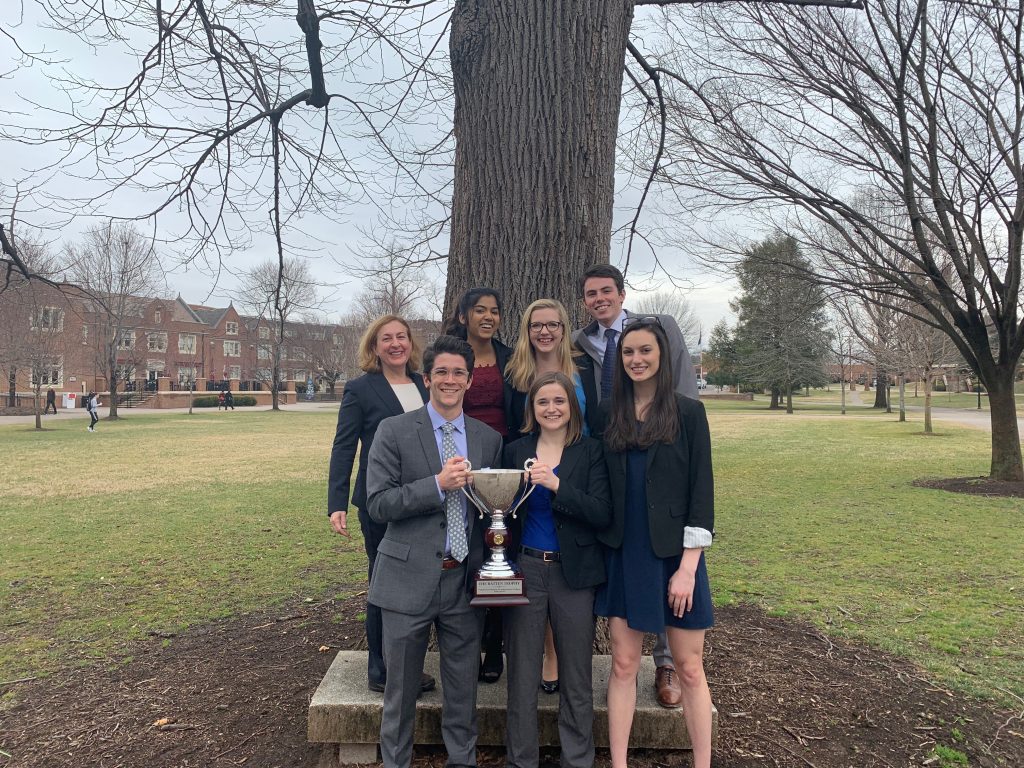 The Virginia Foundation for Independent Colleges (VFIC) and Wells Fargo sponsored the annual Ethics Bowl, now in its 20th year, at Roanoke College in Salem. VFIC is a nonprofit, fund-raising partnership supporting the programs and students of 15 leading private colleges and universities in the commonwealth.

The two-day event focused on ethics and social justice issues. The case study in the final round involved whether a women’s shelter worker should, ethically speaking, allow a transgender woman to stay in the shelter for the night. The hypothetical woman’s driver’s license recorded that she was male (the sex assigned to her at birth), which was how the worker discovered she was transgender. No law governed the matter, but it was an unwritten policy that shelters in the area were to admit people based on their sex assigned at birth. The woman seeking shelter indicated that she would feel unsafe in a men’s shelter. W&L argued that the woman should be admitted to the women’s shelter, and that the worker should attempt to have a trans-inclusive policy instituted at the shelter.

Professionals from business, law, education, finance, journalism and other fields listened to team presentations and offered reactions to the students’ presentations.

“Judges commented that W&L’s ethical arguments were crisp and persuasive, and their delivery polished and remarkably well-coordinated,” said Bell. “It takes a lot of talent and practice to develop principled, convincing arguments in a few minutes, and to deliver them confidently and eloquently in front of judges and an audience. I couldn’t be more proud of the team!”