Washington and Lee University will continue under its current name following a 22-6 decision by its Board of Trustees. The board also decided to expand diversity and inclusion initiatives and make changes to campus buildings, practices, and governance. The decisions follow an 11-month review of the university’s name, symbols and other issues related to its history and campus environment.

The board announced the decisions in a statement to the university community, citing two clear findings from its review: There is broad support for advancing W&L’s commitments to diversity, equity and inclusion. At the same time, there is no consensus regarding a name change.

In the end, the board supported an expanded portfolio of diversity, equity, and inclusion initiatives and a series of changes to campus symbols and buildings. With respect to the core question of the university name, the board concluded that continuity is the best path forward for fulfilling the university’s mission.

To further advance the university’s commitment to diversity, the board announced a series of commitments and actions, including:

Washington and Lee University is named for George Washington, whose gift of James River Canal stock to Liberty Hall Academy in 1796 ensured the school’s survival, and Robert E. Lee, whose leadership as President of Washington College from 1865 until his death in 1870 restored the institution after the Civil War.

Despite these vital contributions, the board acknowledged that the association with its namesakes can be painful to those who continue to experience racism. It repudiated racial injustice in any form and expressed regret for the University’s past veneration of the Confederacy and the fact that the university itself owned human beings and benefited from their forced labor and sale. It also reiterated its ongoing commitment to conducting rigorous and nuanced explorations of W&L’s history with humility and honesty.

The board concluded that the university’s name recognizes the connections of its namesakes to the institution, but is also associated with an exceptional liberal arts and legal education and common experiences and values that are independent of the personal histories of the two men. It cited the university’s name and reputation as a source of strength and resources that it may build and draw upon to advance its mission and support the students, staff, programs and facilities to meet its strategic goals.

The board noted that the deep divides in the W&L community will take time to heal. At the same time, it expressed hope that the university would be strengthened and improved as a result of this process.

“We are confident that W&L will emerge stronger as a result of our active engagement on these issues, the work we have done together, and the actions and commitments we are taking,” said the board in its statement. “We look forward to continuing to engage our community on these critical issues as we execute on our Strategic Plan in support of our mission.” 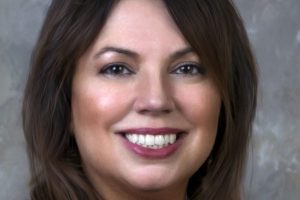