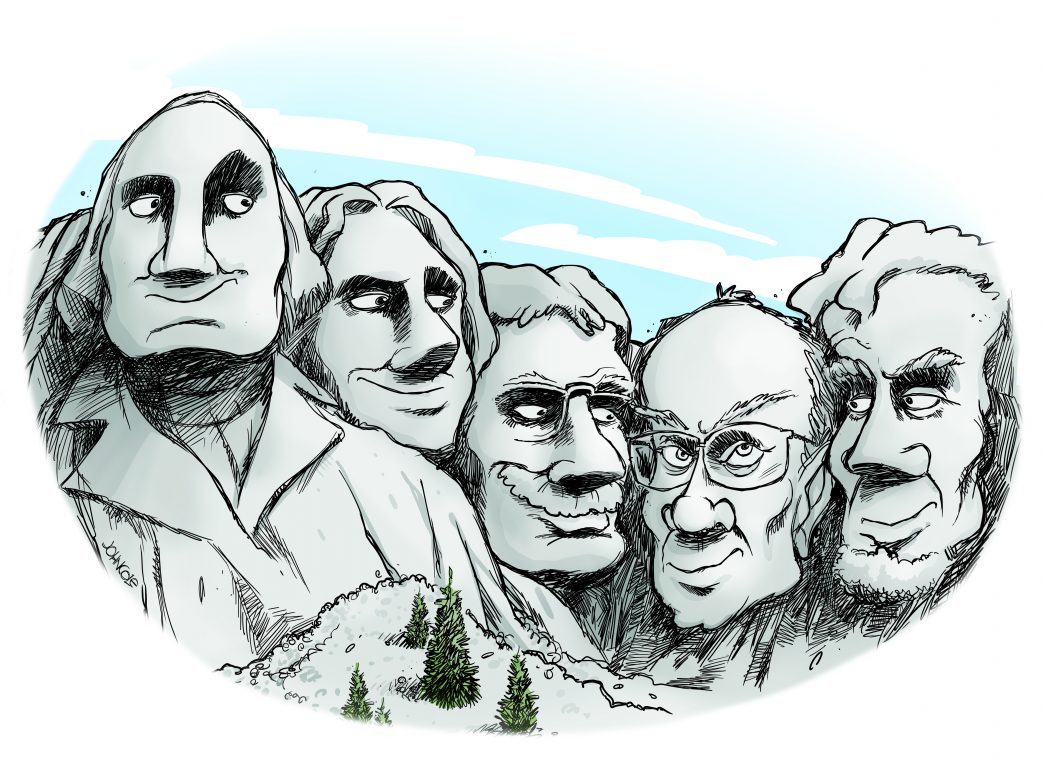 The Washington Term Program aims to enlarge students’ understanding of national politics and governance. Combining academic study with practical experience in the setting of a government office, think tank or other organization in Washington, it affords deeper insight into the processes and problems of government at the national level.

Pretty dry, huh? But every year, students practically elbow each other aside to get into the class. When you step back to let Bill do the talking, you’ll understand why. 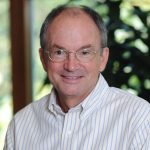 Origins
I came from Capitol Hill, where I’d worked as a legislative assistant for Sen. Richard Lugar and then-Congressman Dick Cheney, and was surprised that a university of this caliber didn’t have a D.C. Spring Term program given its proximity to Washington. As a Congress scholar I also wanted to get back to the Hill on a regular basis for research purposes.

I asked my dean, Larry Peppers, if he’d like me to create such a program, and without skipping a beat he said, “Great, how much money do you need?” Within 30 minutes, we had a decision to go ahead. Larry insisted from the beginning that this program be academically rigorous. The students had to earn their credits, not by hours in an office but through academic work.

Sweet 16
I like having just 16 students for the class. They can’t hide in the back of the classroom — they must learn from one another. I’ve always tried to create a microcosm of Capitol Hill, a balance of Democrats, Republicans, liberals, conservatives, independents, libertarians, what have you. I always explain to Washington Term students that they are meant to be objective political scientists. Yet they go native the first week of their internships. The advantage, however, is just how energized these students are in the classroom. Class deliberations are active and enlightening.

The Tocquevillian Perspective
Alexis de Tocqueville wrote the second-most important book on American politics, “Democracy in America” (Madison’s “The Federalist Papers” is first, of course). As an international observer, Tocqueville saw and understood things we Americans don’t, because he brought a fresh perspective to American politics and culture. Having international students in the classroom is like having Tocqueville among us. Americans love to complain how bitterly polarized, dysfunctional and partisan politics has become. Year after year, like clockwork, one of the international students will respond: “You Americans don’t know how lucky you are. All this chaos, cacophony and contentiousness doesn’t exist in my country. Do you know why? Because you have more freedom that we do.”

Honor System
All the students must maintain the confidentiality of all the other students. Whether they are working on the Hill, in the White House, for a think tank, lobby shop, media organization or wherever, the Honor System made for a much better learning environment because the students can be frank in sharing their experiences with one another while trusting one another not to make partisan use of trusted insights.

From Church Basement to Pentagon City
Thirty years ago, students lived in a variety of housing spread across D.C. But two decades ago we started renting four apartments in the same complex so students could live together and share their insights and experiences with one another after hours. I knew from the beginning that they would learn more from one another than they would learn from me. In recent years, we’ve rented from the Meridian at Pentagon City. We have a classroom on the 18th floor with a beautiful view of the D.C. skyline. I hold office hours in the evening in the same beautiful location.

Shakespeare and Baseball
Over the years, we have often taken in a baseball game at Camden Yards or the National’s stadium. Baseball is a slow, deliberate game, thus allowing us a good opportunity to sit and discuss politics. We also commonly take in a Shakespeare play. For example, last year we attended the Royal Shakespeare Theater “Hamlet” production at the Kennedy Center. You cannot understand American politics without understanding drama. That’s why C-span is my favorite channel. Sure, you can be angry and upset because they are haranguing one another on the House floor, but at least they aren’t killing each other as in Macbeth. The riveting RSC performance of “Coriolanus” one year literally brought tears to the eyes of my students as we sat perched on the balcony front row. That’s politics.

Alumni Support
Washington Term would never have succeeded without the unstinting support of alumni, hosting interns, sponsoring events, speaking to my classes and more. For years, we ran the program on a shoestring, but now the new endowment — The Washington Term Endowment — means I can pay lecture honoraria, buy Shakespeare tickets and sponsor various events. Many alumni over the past 30 years have worked their connections to secure guest speakers. Tom Greenwood ’77 got the class into the Obama White House Situation Room, as well as a meeting with active members of the Armed Forces at MCB Quantico. We’ve been fortunate to have outstanding speakers over the years: E.J. Dionne, David Brooks, Elaine Karmarck, George Will, The Hon. Richard Leon, Rep. John Lewis and others. Vice President Dick Cheney met with the class a number of times, including once in the Roosevelt Room next to the Oval Office.

Roll Call: Internships on the Hill

Alumni Recollections
“I was surprised and pleased when I was asked to draft a recommendation memo to Sen. Lugar about whether Indianapolis should pursue a Major League Baseball team. It was an invigorating assignment that drew on analytical and writing skills that I had been developing at W&L. Ultimately, Sen. Lugar decided to go in a different direction, but it was clear that the recommendation memo had helped sharpen the question and the issues for his consideration.”
~ Jim Sloat ’89

“I met some of the most influential people in politics at the time: Jack Kemp, Bill Bennett, Rush Limbaugh, Jeane Kirkpatrick,   Vin Weber and Bill Kristol.”
~ Jennifer Stec ’96

Some of Professor Connelly’s favorite mantras have stuck with me: “The personal is the political,” and “Where you sit influences where you stand.” I am a more informed citizen for having taken this course.
~ Noelle Camp ’17

“My Wash Term classmates were passionate but patient, respectful of other viewpoints and in pursuit of an objective truth that, while informed by their own moral values, was not so rigid or partisan that they were disrespectful or dismissive of counterarguments. In contrast, my experience with professionals on the Hill was more like a sports rivalry. People had their teams, their factions, and it was about winning. For Democrats, every Republican was treated like an evil corporate shill in the pocket of big oil or a wild religious zealot. To Republicans, every Democrat was assumed to be a naive socialist and a pacifist who would surely lead us to destruction and damnation.”
~ Aaron Toomey ’09

“The academic approach that supplemented the internships allowed us to cooly analyze issues instead of becoming insufferable mini-activists.”
~ Capt. Thadeous Larkin ’08

There was a lot of exciting survey work to be done for the approaching November elections. I was able to assist on many polls for Congressional races across the country, especially in North Carolina. I also worked on a project on the growth of the Hispanic electorate, tracking the opinions of Hispanic voters and the impact this might have on the 2012 election cycle.
~ Victoria Waddail ’14